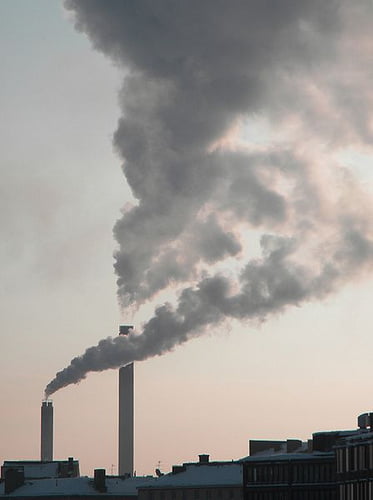 Data suggests that the amount of carbon dioxide in the atmosphere is set to reach 400 parts per million (ppm) over the next few days – levels unseen since the Pliocene epoch three million years ago.

It would be the first time in human history that CO2 had reached such levels, according to the Scripps Institution of Oceanography, which has calculated the value through CO2 measurements taken at Hawaii’s Mauna Loa and collected by the Earth Systems Research Laboratory.

Founded 110 years ago, Scripps is one of the oldest and most prestigious research institutes for ocean and Earth science. Scripps geochemist Ralph Keeling said, “I wish it weren’t true, but it looks like the world is going to blow through the 400ppm level without losing a beat.

The Keeling curve, named after late Scripps scientist Charles David Keeling, which is the estimation of CO2 released in the atmosphere since 1958, shows that CO2 levels were at 280ppm before the industrial revolution and by the time measurement began, had increased to 316ppm.

Levels are expected to reach 400ppm in May, because of continued burning of fossil fuels – something the Keeling curve had predicted.

Scientists say the last time that CO2 levels were so high was three to five million years ago, a time when the planet’s climate was much warmer than today.

“The 400ppm threshold is a sobering milestone”, said Tim Lueker, oceanographer and carbon cycle researcher at Scripps, “and should serve as a wakeup call for all of us to support clean energy technology and reduce emissions of greenhouse gases, before it’s too late for our children and grandchildren.”