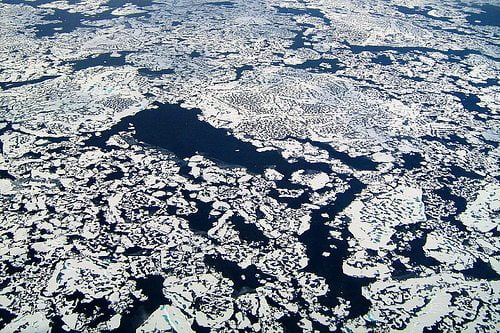 Scientists have found new evidence that thawing Arctic permafrost is releasing greenhouse gases into the atmosphere through plants, warning that this could accelerate global warming.

Scientists already know that polar permafrost – soil that is frozen all year round – is increasingly thawing and decomposing because of climate change. This creates methane, a greenhouse gas 33 times more potent than carbon dioxide.

“We’ve known for a while now that permafrost is thawing”, said Suzanne Hodgkins of Florida State University, the lead author of this new research.

“But what we’ve found is that the associated changes in plant community composition in the polar regions could lead to way more carbon being released into the atmosphere as methane.”

The researchers warn that this could exacerbate the climate problem.

“The world is getting warmer, and the additional release of gas would only add to our problems”, said co-author Jeff Chanton.

Scientists have estimated that within the next century, permafrost will have declined by 30-70%. The consequences of this have been debated, with scientists disagreeing on how much carbon and methane is stored in the frozen soil.

A separate study, published in March, also found that the benefits of an Arctic region that stays greener for longer are not sufficient to offset the carbon released by the thawing permafrost.