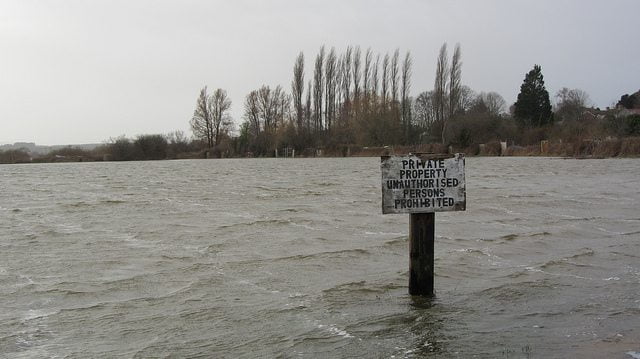 The government has been forced to make an embarrassing climb-down over its claims that it is spending more on flood defences than ever before.

On Thursday, the environment minister Dan Rogerson admitted that spending had fallen to £2.34 billion in the current spending review, compared with £2.37 billion in the previous period. This comes after campaigners and Labour MPs pointed out discrepancies in the government’s own figures.

“Floods funding is complex, with a number of different income streams including government funding, local levies, and other contributions towards schemes”, Rogerson said.

“Further analysis has identified some minor inconsistencies in figures previously provided. I regret this was not presented in a consistent way, something I have now rectified.”

The debate began earlier this month, when MPs and campaigners questioned the wisdom of government enforced Environment Agency budget cuts, following the worst spate of flooding to hit the UK for decades.

In response, the environment secretary Owen Paterson insisted that the current government was spending more on flood defences than any before it.

These claims were called into question by campaigners, as the government’s figures revealed that when inflation is accounted for, flood defence spending has undergone a real-terms cut under Paterson’s watch.

Even after environmental NGO Friends of the Earth first disputed the environment secretary’s statement, Paterson repeated his claims in parliament.

Commenting on the government’s climb-down, Friends of the Earth climate campaigner Guy Shrubsole said, “The new figures raise difficult questions about the misleading information that the prime minister and environment secretary have provided to soothe both parliament and the public.

“With millions of homes and business at risk from flooding they need to increase the budget and tackle the causes of climate change, which will increase the likelihood of more flooding.”