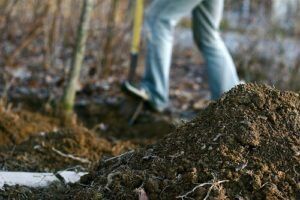 The Soil Association has commented on the Government’s recent response to the ground-breaking, all-party parliamentary report on soil health.

“We’re pleased to see that the Government has acknowledged these issues and appears to be taking them seriously – this is a real success for Soil Association campaigning. But we’d now need to see a much more robust commitment to taking action to protect soils – on soil organic matter, the English and Scottish Governments need to move from good words to action.

“At the COP21 climate summit, the Government signed up to an initiative to increase soil carbon levels by 0.4% per year. In 2009, the Scottish Government established a Soils Framework to coordinate actions to promote good soil management. The framework’s vision is that soils are recognised as ‘a vital part of the Scottish economy, environment and heritage to be safeguarded for existing and future generations.’ The English and Scottish Governments must now set out specific, measurable and time-limited actions to make this happen.”