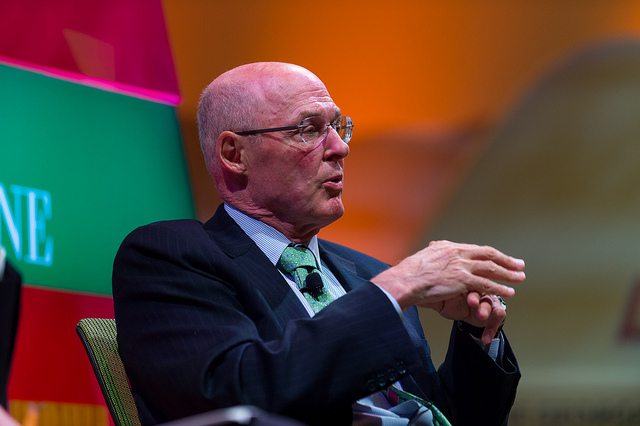 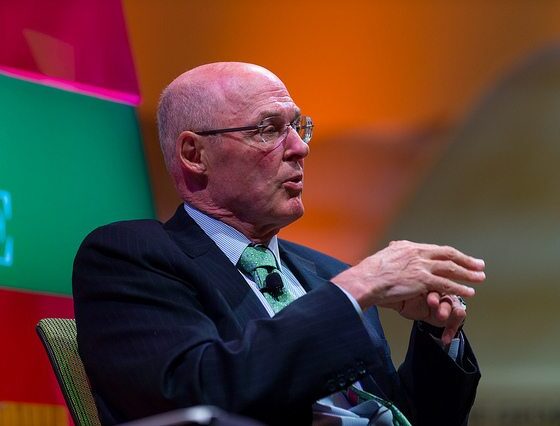 The former US secretary of the Treasury who sat in office when the housing bubble burst in 2007/08 has warned that the world is making the same mistakes in the handling of climate change as it did in the run up to the financial crisis.

In an article published in the New York Times, Henry Paulson writes that we must act now to curb climate change – “a crisis we cannot afford to ignore” – before it is too late.

“We are building up excesses (debt in 2008, greenhouse gas emissions that are trapping heat now). Our government policies are flawed (incentivising us to borrow too much to finance homes then, and encouraging the overuse of carbon-based fuels now)”, he says.

“Our experts (financial experts then, climate scientists now) try to understand what they see and to model possible futures. And the outsize risks have the potential to be tremendously damaging (to a globalised economy then, and the global climate now).

Paulson, also a former chairman and CEO of Goldman Sachs, adds, “If there’s one thing I’ve learned throughout my work in finance, government and conservation, it is to act before problems become too big to manage.”

As a solution, Paulson, now chairman of the Paulson Institute, which works to promote sustainability around the world, calls for all US politicians to support the introduction of a price on carbon.

He suggests that such a “fundamentally conservative” strategy would appease even the doubters within his own Republican party, empowering the market to tackle the cause of climate change.

“Few in the US now pay to emit this potent greenhouse gas into the atmosphere we all share. Putting a price on emissions will create incentives to develop new, cleaner energy technologies […] and create jobs as we and other nations develop new energy products and infrastructure,” he says.

These comments echo those made recently by US president Barack Obama. In a recent interview, Obama said, “If there’s one thing I would like to see, it’d be for us to be able to price the cost of carbon emissions.

“I still believe, though, that the more we can show the price of inaction — that billions and potentially trillions of dollars are going to be lost because we do not do something about it — ultimately leads us to be able to say, ‘Let’s go ahead and help the marketplace discourage this kind of activity’.”

Obama’s administration recently unveiled new guidelines to cut pollution from power plants, in an ultimately popular move expected to bring net climate and health benefits of up to $82 billion (£48 billion).

A group of 128 global companies – including Unilever, Starbucks and Nike – and 49 investors worth $800 billion in assets – including F&C Management and Impax Asset Management US – have signed letters in which they “applaud” the guidelines.

Polling shows that the American public also supports the policy, as concern about climate change grows around the world.