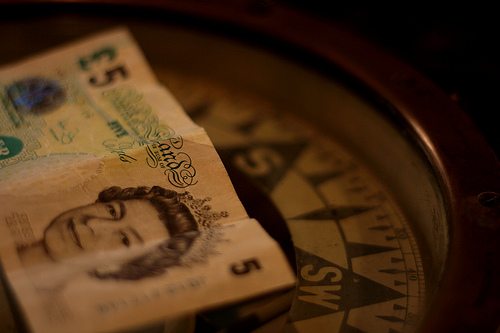 A wealthy group of Californian businessmen placed money in envelopes and hid them at a mystery location in London on Saturday morning, with the public invited to take part in a hunt to find the cash.

HiddenCash, as they are known on Twitter, said around £1,500 would be divided between 15-20 envelopes.

The only clues as to their whereabouts are that they are in a London park “where blue meets green“, and that there is a place in San Francisco that shares the location’s name. After an interview with Sky News on Saturday, the group added that “a popular children’s story takes place here“.

HiddenCash tweeted just after 10am, “Several people have figured out our London location. Hope we don’t have to do a last minute change.” The group added, “Are we making this too easy? Should our clues be harder? Weigh in.”

One tweeter, @seany85, replied, “It was way too easy! The children story clue confirmed it, I’m holding out for a bit before travelling as it seems pointless.”

Jason Buzi, a 43-year-old real estate investor, is said to be one of the men behind the scheme. The London giveaway follows a similar event in San Francisco last month, and is thought to be the first in a series of UK and European treasure hunts the group is planning.

Speaking to the Telegraph, Buzi said, “We want to see how London goes first and then we’ll decide whether to expand it around the UK. Londoners are big Twitter users so I’m sure there will be quite a crowd. You guys seem to love a treasure hunt so it could become a scramble for the money.”

He added that many of the winners in the US had given their money to charity.