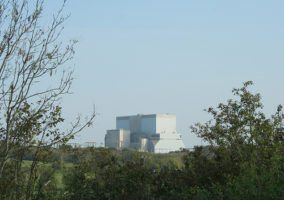 A few days have passed since the Government shocked the energy industry by revealing another review of the Hinkley Point C nuclear power station, a few hours after EDF had approved the project.

Although we may never know exactly what has gone on behind the scenes it is clear that EDF had moved its final investment decision forward from September in order to bounce the new UK Government into giving its approval quickly before mounting problems become even more obvious to everyone.

“Much of the media seems to think this is just a temporary pause and that Hinkley Point C will eventually go ahead, but if Theresa May gives this scheme just a cursory glance she will  see that we are being asked to buy a pig in a poke.”

According to the Financial Times the head of EDF, Jean-Bernard Lévy gave his fellow board members only two days to read 2,500 pages of contracts for a deal which one investment analyst described as “verging on insanity”.

The decision to review the project has been attributed by some to security concerns about Chinese involvement in the sector expressed by Mrs May’s chief of staff, Nick Timothy. The Stop Hinkley Campaign has itself expressed concerns in the past about making nuclear deals with a country with such a poor health and safety record.

Perhaps of more immediate concern is that a go-ahead for Hinkley could threaten the future of the company itself. EDF is a company in a very precarious financial situation. The ratings agency, S&P, postponed a decision to downgrade its credit rating when the UK Government announced the review. EDF has €37 billion of debt. The collapse in energy prices has pushed earnings down 68% in 2015. The Company needs to spend €50 billion upgrading its network of 58 ageing reactors by 2025. It is scrambling to sell €4 billion of new shares and €10 billion of assets to strengthen its balance sheet. EDF is also expected to participate in the €5 billion bailout of Areva, the bankrupt developer of EPR technology, by taking a 75 per cent stake. About the last thing it needs is a new €15 billion millstone around its neck.

Roy Pumfrey said “The EDF Board should take the opportunity presented by this pause to see that its Nuclear SatNav has taken the Company down a dead end; it’s only a matter of time before we hear that voice saying “At the next opportunity, turn round!”‘

Over recent months Stop Hinkley has detailed several different alternative to building Hinkley Point C. And just yesterday consultancy firm Utilitywise has described the proposed nuclear station as an “unnecessary expense” – energy efficiency measures could save the equivalent amount of electricity along with £12bn.

Roy Pumfrey said: “This Government review of Hinkley Point C provides us with a wonderful opportunity to turn Somerset into a sustainable energy hub for England. The alternatives would be better for jobs, better for consumers, would reduce the mountain of dangerous waste we don’t know how to deal with and save Somerset from a decade of disruption caused by one of the biggest construction projects in the world. The sooner EDF and the UK Government come to their senses the better.”