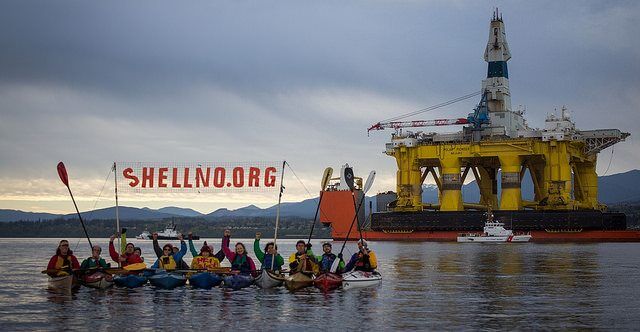 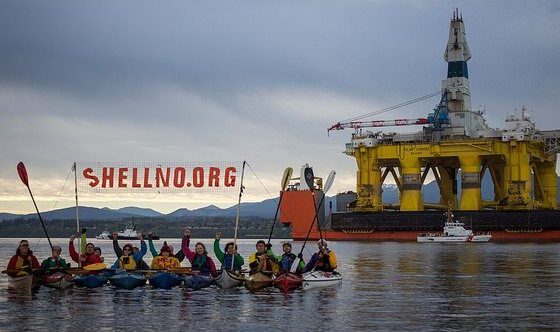 A legal challenge has been mounted against a group of British oil firms planning to drill in the icy waters of the Norwegian Arctic.

At a press conference in Oslo today, Greenpeace Nordic and Nature & Youth announced they have filed a lawsuit against the Norwegian government’s decision to hand out drilling licences covering a large area of the Barents Sea.

Energydesk has revealed today that British oil companies hold significant stakes in 7 out of 10 new oil licences in the Norwegian Arctic.

The British firms involved are Centrica, Tullow, Cairn Energy—whose stakes are owned through its subsidiary, Capricorn Norge AS— and a BP spin-off, Aker BP ASA, which was established following the merger of BP Norge with Norwegian explorer Det norske.

The lawsuit will be seen by many as a test case of whether the Paris climate agreement can add legal weight to challenges against oil developments in a court of law.

Environmental organisations argue the government’s move to open up new oil fields in the Arctic runs counter to both the Paris climate agreement and the country’s constitution.

Norway was among the first countries in the world to ratify the Paris Agreement coming into force next month. By ratifying the deal, Norway has promised to ambitiously reduce its emissions to help limit the global temperature increase to 1.5°C.

Yet at the same time the Norwegian government has launched new oil licensing rounds, allowing state-owned Statoil and other oil companies to start a major new exploration campaign in the Barents Sea, where they want to drill up to seven new wells in 2017.

“This is the frontline of climate change. If we’re serious about sticking to the climate targets agreed in Paris, then places like the Arctic should be the first to be declared off limits to oil exploration,” says Charlie Kronick, Greenpeace UK’s senior climate adviser. “From Alaska to the Great Australian Bight, oil firms’ attempts to drill in sensitive and high-risk environments have already failed, yet the industry isn’t learning the lesson. Instead of chasing risky oil prospects in the far north, British energy giants like Centrica should help back home to prepare the UK for a low-carbon future.”

The lawsuit also demands that Norway uphold a guarantee for future generations which is enshrined in the country’s constitution. Article 112 states: “Every person has the right to an environment that is conducive to health and to a natural environment whose productivity and diversity are maintained. Natural resources shall be managed on the basis of comprehensive long-term considerations which will safeguard this right for future generations as well.”

Signing an international climate agreement while throwing open the door to Arctic oil drilling is a dangerous act of hypocrisy.

“Signing an international climate agreement while throwing open the door to Arctic oil drilling is a dangerous act of hypocrisy. By allowing oil companies to drill in the Arctic, Norway risks undermining global efforts to address climate change. When the government fails to redress this we have to do what we can to stop it”, said Truls Gulowsen, Greenpeace Norway.

“We will argue in court that the Norwegian government has an obligation to keep its climate promises and will invoke the people’s right to a healthy environment for ours and future generations. This is the People vs. Arctic oil,” said Ingrid Skjoldvær from Nature & Youth.

The lawsuit is part of a wave of climate justice cases around the world, from the Philippines to the US, and has the backing of a broad civil society coalition, fronted by young environmentalists, and supported by scientists, Indigenous People’s leaders, activists and public figures.

The 13 oil companies that have new license blocks in the Barents Sea are: