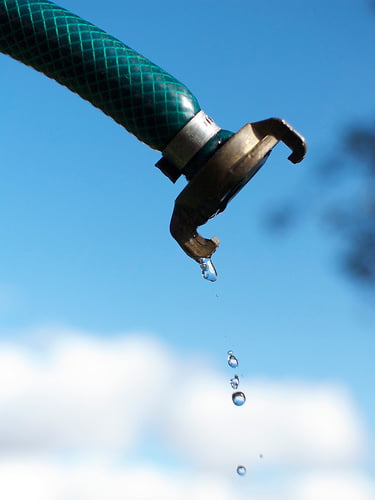 With the hosepipe ban underway as of midnight last night, Blue & Green Tomorrow delves into its archives to see how we got here and what has been written about the subject in the past few months.

Our coverage of impending water shortages began in December last year, when the Government warned that it was highly likely that the UK would witness droughts in summer 2012.

It was hoped that acting early would be enough to avoid the threat, but sadly this wasn’t the case, with hosepipe bans still enforced across the UK.

Also in December, we wrote about two reports published by the Environment Agency that claim that future demand for water is likely to outstrip supply across England.

The first mention of a possible hosepipe ban cropped up in January, when the Environment Agency warned that a ban might be put in place to save water.

“If rainfall over the rest of winter and spring 2012 is below average, central and eastern England as well as the south east of England is at high risk of drought in summer 2012 and even into 2013”, it said.

The Environment Agency featured on B&GT again in January, when they advised that unless emergency measures were adopted, Britain’s rivers will continue to dry up.

Trevor Bishop, head of water resources at the Environment Agency, said at the time to the BBC, “We need to plan carefully to secure sustainable water supplies for people, business and the environment.”

The East of England received an official water shortage warning in February, which prompted us to create two infographics; one to show the water stress and wastage levels in England, and one to show the public’s attitude to cutting down water usage.

Also in February, it was announced that the South East of England was officially in drought, too.

“It is not just the responsibility of Government, water companies and businesses [need] to act against drought”, said environment secretary Caroline Spelman. “We are asking for the help of everyone by urging them to use less water and to start now.”

On a slight tangent, we covered the 2012 National Farmers Union Conference, which focused on how farming can cope in drought conditions and why the environmental agenda must not be ignored.

More recently, we broke the news last month that a hosepipe ban would indeed be enforced across parts of the UK.

Martin Baggs, chief executive of Britain’s biggest water supplier, Thames Water, said he knew the decision would be “unpopular” but added that they “want to encourage everyone to continue to voluntarily save as much of this precious resource, so there is enough to go around”.

Water is an important resource that should be cherished. Ask your IFA about how your money can be invested in water-related companies or technologies, or fill in our online form and we’ll connect you with a specialist.