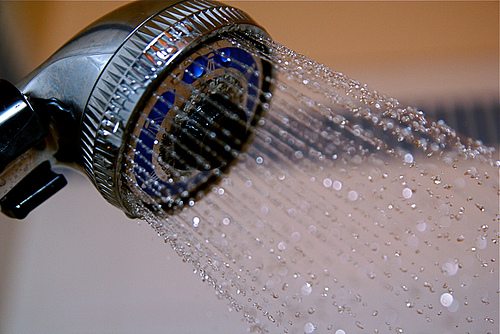 Daily showers and overfilled kettles account for Britain’s greatest domestic water use, according to a report by the Energy Saving Trust.

One of the biggest studies of its kind, the research looked at how 86,000 families in the UK use water at home. It found that the average household’s largest water consumption is for daily showers and kitchen activities such as boiling water in kettles and washing dishes.

The study, called At home with water, revealed that 25% of domestic water is used for showers, while 95% of Britons overfill the kettle every day, wasting £68m a year nationwide. Overall, each person uses about 142 litres of water daily.

Andrew Tucker, water strategy manager at the Energy Saving Trust, said, “When people think of energy use they think of heating and lighting, running electrical appliances or filling the car with petrol. It’s all too easy to turn on the tap and not think about the consequences.

“But there is an environmental and energy cost attached to water which many people do not consider. On average, hot water use contributes £228 to the average annual combined energy bill.”

People also consume more water than what is needed by washing clothes at temperature higher than 30C or hand-washing dishes in large families where instead an efficient dishwasher would actually waste less water.

“It’s clear that we are all using more water-consuming appliances regularly, especially showers, but that doesn’t mean we’re powerless to control our water use”, Tucker said.

“By reducing the amount of water – especially hot water – that we use, we can cut down on the energy demands of our lifestyles, which have changed radically over the last 50 years.”

The study suggests that by cutting the length of showers, which last seven minutes on average, installing eco-shower heads, boiling less water and wash clothes at 30C, the UK could save £600m per year on its energy bills.