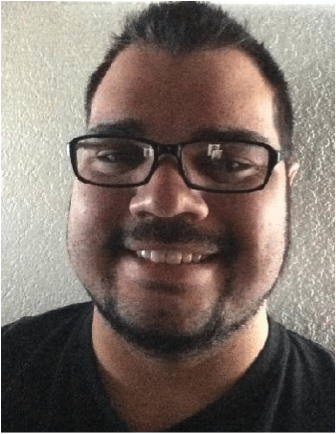 How Idaho is Embracing Sustainability

Robert Conrad, from Idaho, US, explores how his home city is turning to sustainability initiatives as a growing population is leading to environmental challenges.

As an Idaho native, I have watched my state explode with growth in recent years.  Areas that were once pastures are now filling up with homes to accommodate the large influx of new residents.  With a 14.3% growth since 2000, Boise, Idaho has become the new hotspot for people to move to, with its abundance of trees and rich Basque history.

However, there have been some environmental concerns that have arisen due to this astronomic growth.  Inherently, the Treasure Valley (where Boise is located) is prone to inversions, which traps vehicle emissions close to the valley floor, thus degrading air quality over time.  Other concerns include groundwater contamination and an increasing need for wastewater plants.

In response to this need, some businesses in the local area have taken the initiative in reducing their carbon footprint through various means. For example, Boise Cascade made some excellent changes to its wood-drying process, dropping its emissions output by 81% since 2000.  Boise Cascade has even partnered with the US Environmental Protection Agency (EPA) in its Climate Leaders initiative to help reduce its greenhouse emissions, which have dropped 5% since 2000.  By voluntarily joining with the EPA’s initiative, Boise Cascade is leading a newfound local interest in long-term sustainability practices.

Another company that has been doing excellent work in the realm of sustainability would be Boise Centre.  The Boise Centre has turned much of its focus on energy efficiency, water conservation and waste reduction.  The methods employed by the Centre include a more efficient lighting system, the use of water stations as opposed to individual pitchers, and partnering with various local companies in their recycling efforts.  Boise Centre still continues to reduce its environmental impact and partner with local companies into 2015, and serves as a great example for other local businesses through their efforts.

Other initiatives that the City of Boise has taken include hosting a ‘Green Workshop’ in 2013.  The workshop covered topics such as development practices, water efficiency, and resource conservation.  The workshop featured speakers from the EPA and ICF International, and was funded by a grant from the city.  Its message expanded beyond business owners, as the event was available to the public.

In its own efforts, the EPA has voiced their interest in sustainable practices and has provided a resource page for interested parties.   Accepted practices endorsed by the EPA include sustainable communities & transportation, as well as green technology and chemicals.  These programs provide information on clean automotive technology, as well as green infrastructure, engineering and chemical research.  The practices of green engineering and infrastructure were the main focus of the Green Workshop hosted in Boise in 2013.

In truth, sustainability is not a new topic of concern.  The roots of sustainability can be traced back to the English Industrial Revolution, where philosophers Adam Smith, David Hume and John Stuart Mill began speaking out against environmental damage.  Since that time, legislation has taken proactive steps to reduce the environmental impact, such as the Clean Air Act of 1970, followed by the Clean Water Act shortly after in 1972.  There have even been private and public organisations that have taken great strides in protecting the environment through cleanup and recycling initiatives.

Going forward, Boise’s growth continues at an astronomical rate with no signs of slowing down soon.  As a result, businesses and residents should do what they can to reduce their environmental impact.  Air quality and groundwater preservation are top priorities in the Treasure Valley, and everyone should do their part as a resident to continue the meet, or even exceed, the bar set by Boise Centre and Boise Cascade.

Robert Conrad is an Idaho native and former Business student.  He has lived in Idaho his whole life, and watched it transform from a quiet state to the current hotspot to live.  When he’s not earning a paycheck, he enjoys road trips, random excursions, and playing video games.  Connect with Robert on Twitter or Facebook.