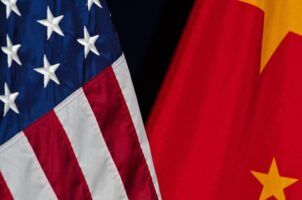 IIED Comment On Ratification Of Paris Agreement By US And China

Camilla Toulmin, Senior fellow, Climate Change, at the IIED (International Institute for Environment and Development) has responded to the news that China and the US are moving to ratify the Paris climate change agreement with the following statements:

“That two of the world’s biggest emitters of greenhouse gases are moving to ratify the landmark Paris climate change agreement is really significant and exciting news. There’s now a strong likelihood that it will come into effect this year, which for a major international agreement of this sort is fast.

There’s now a strong likelihood that it will come into effect this year.

“It shows that the big countries are taking the Paris deal seriously and are committed to stepping up the world’s drive to tackle the risks posed by climate change. It’s also likely that states like China, which is rapidly becoming a global powerhouse for renewable energy, can see the positive opportunities that effectively addressing the problem do bring.

“There’s no reason now for the UK not to ratify the agreement as soon as possible. Doing so would help cement our reputation for leadership on climate change and send a strong signal to countries globally that we’re looking to build stronger links with in a post-Brexit world that we’re working with them towards a common goal.”