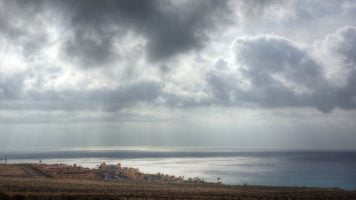 A new and unique way to store carbon dioxide (CO2) gas and tackle climate change has been a success. Researches pumped CO2 into the volcanic rock under Iceland where it was rapidly turned into stone. The innovative project is expected to be a new cheaper and more secure carbon capture and storage (CCS) technique.

Researchers witnessed the change in the gas in just two years. The volcanic rock under Iceland sped up a natural process where basalts react with CO2 to form carbonate mineral, otherwise known as limestone.

The scale of the project in Iceland has already been increased and 10,000 tonnes of CO2 a year will be buried in the rock. Basalt rock is found in other places around the world too, including the floors of oceans.

Existing CCS techniques have been implemented but there are concerns about costs and the possibility of leakage has stopped some projects.

Juerg Matter, led the research which was published on Thursday in a Science journal. Matter says lack of action from politicians and putting a price on carbon emissions is holding CCS back.

Matter told the Guardian: “We need to deal with rising carbon emissions and this is the ultimate permanent storage – turn them back to stone. The engineering and technology of CCS is ready to be deployed. So why do we not see hundreds of these projects? There is no incentive to do it.”