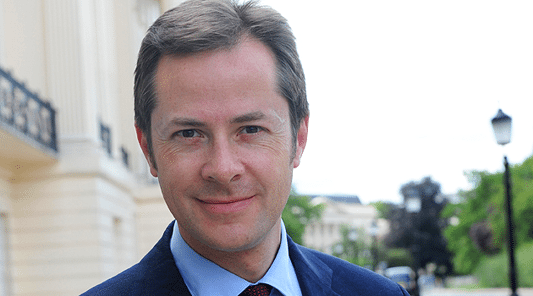 ‘It’s the economy, stupid’: smart growth has to be at the heart of BITC’s purpose

Stephen Farrant, Director of Environment and Marketplace Solutions, sets out his vision for how Business in the Community addresses the vital environmental issues affecting business and society. This post first appeared on the BITC blog and is published with their kind permission.

By any measure, 2015 is a massive year for the environmental agenda. The much-anticipated Sustainable Development Goals have just been launched, to be followed by the UN Climate Talks (COP21) in Paris in December.

When you see the Pope teaming up with the Potsdam Institute for Climate Impact Research and Naomi Klein, you know that something big is taking place.  Public awareness of the need for change is increasing, even if slowly. Governments are legislating, witness Obama’s Clean Power Plan, as well as China’s new environmental protection laws which include provision for unlimited fines on illegal industrial polluters and encouragment of transition to more of a circular economy.

For me, mobilising effectively on the environmental agenda is the challenge of our generation.  It is a challenge integrally linked not just to continued economic growth and prosperity, but also to the social justice agenda of jobs, education, and equality of opportunity. Take just the one example of the growing body of research that links the current refugee crisis with climate change. Five years of unprecedented drought in Syria, from 2006 to 2010, was undoubtedly a contributory factor in that country’s social dislocation, civil war and the subsequent rise of extremism. (Even if leading newspapers ranging from the Independent to Time to the Guardian have been criticised for daring to make the connection).

But where should we start to address such complex, systemic challenges? As the age of austerity in recent years has reminded us all too clearly, economies need to grow in order to provide social stability, employment and the tax revenues needed to fund public services. But, just as governments around the world struggle to live within their means financially, so western civilisation has done a very poor job in recent years of living within the carrying capacity of Earth. Both science and common sense tell us that continual growth along the lines of “business as usual” is not ecologically possible on a finite planet.

This is not a new debate – as far back as 1968, Robert Kennedy was highlighting the inadequacy of GDP as a measure of success. The publication of “The Limits to Growth” in 1972 brought the dilemma into sharper relief.  It was more recently explored by Professor Tim Jackson in his work, “Prosperity Without Growth – Economics for a Finite Planet“, while our colleagues at the Cambridge Institute for Sustainability Leadership have gone further in “Re-wiring the Economy.” So, as we look to the future, we need to shift the debate from the simple quantum of growth to the quality of growth. We must focus on moving from an unsustainable, linear model of growth to smart growth.

BITC is already very strong in so many ways, but we are currently not on track to meet our overall goal of a fairer society and a more sustainable future, because we have not tackled these fundamental questions laying at the heart of our mission. To get there, we need to re-double our focus on the environmental agenda as an integral part of our mission, and show how “smart growth” provides opportunities for the business community to lead the way in re-thinking energy, water and waste, creating a circular economy. This is as much about job creation and commercial advantage as about de-carbonisation and intelligent resource utilisation, challenging and urgent as those tasks are.

We need business leaders demonstrating how to lead on this, along with putting pressure on governments to be braver in setting ambitious long-term policy. As Paul Polman of Unilever has stated bluntly, “If we don’t tackle climate change, we won’t achieve economic growth.”

The notion of smart growth therefore needs to be at the heart of our new environmental campaign. It will provide practical support to enable businesses and the communities they operate in to thrive within a smart (re-wired) economy, leading to effective and circular use of resources, nurturing of healthy ecosystems and preparation for climate change.

We’ll continue doing what BITC has always done best – engaging businesses on practical steps to address the big challenges, and inspiring others to act. We know how to do this; just look at The Prince’s Mayday Network back in 2007 as a call to action on climate change; or how BITC’s partnership with the global hotel industry (ITP) brought 23 companies together to standardise how the hotel industry measures and communicates its carbon emissions, or how our Water Taskforce brought together food retailers and utilities companies to address the issue of fats, oils and greases choking drains by giving away over 200,000 fat-catching devices in 2014. Our new engagement plan to help businesses make a reality of the circular economy (launching in late 2015) will take us further. And then we need to do so much more.

The good news is there are plenty of business solutions out there that can move us forwards; Marks & Spencer’s Plan A leading to carbon neutrality, Veolia’s generation of 22% of its income from circular economy solutions, Jaguar Land Rover’s closed loop waste recovery and aluminium recycling programmes, Tesla’s introduction of efficient household batteries for storing renewable energy. Business is coming together as never before on this issue (for instance through the We Mean Business and theRe100 coalitions). There is no doubt that it has a vital role to play, from using its R&D capabilities to innovate, to mobilising massive global workforces to creating demand among a new generation of customers.

The sharp fall in Volkswagen’s share price and the brand damage it has suffered this week, following revelations that the company had deceived regulators on emissions tests, is a timely reminder that environmental blunders hurt companies financially. It underlines that the change we need to see also requires businesses to be very clear about the social purpose of their products and services, and to build lasting trust in their brands in an age of ubiquitous information.  This is the focus of BITC’s Marketplace Leadership Team. Innovation is key; as the inspiring Solar Impulse project reminded us earlier this year, “It wasn’t the people selling candles who invented the light-bulb.”

The business community is coming together to put their weight against environmental challenges as well as societal ones. Time is short. In this 30th year of the Prince of Wales’ Presidency of BITC, we must embrace this unique opportunity as conveners and as campaigners. Societal wellbeing and economic performance, and the priceless natural environment, depend on this.

To find out more, come along to BITC’s AGM and Annual Leadership Network on 9 December 2015.