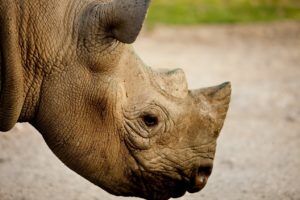 All Ivory And Rhino Horn Trade Now Banned In France

The French Environment Minister Ségolène Royal has signed a decree banning the trade in ivory and rhino horn in France and all overseas French territories.

BRUSSELS (18 August 2016) – This follows an earlier French governmental move to suspend re-exports of elephant ivory. The France ban goes far beyond the current EU wildlife trade regulations, and comes just weeks ahead of the next meeting of the Convention on the International Trade in Endangered Species of Wild Fauna and Flora (CITES). Humane Society International/Europe’s executive director Joanna Swabe issued the following statement:

The demand for these wildlife products has led to a poaching epidemic that has not only decimated elephant and rhino populations across Africa and Asia, but also helps to fund organised crime and terrorism.

“We warmly salute the French Government for taking decisive action to halt the cruel trade in elephant ivory and rhino horn. The demand for these wildlife products has led to a poaching epidemic that has not only decimated elephant and rhino populations across Africa and Asia, but also helps to fund organised crime and terrorism. We strongly applaud Minister Royal’s commitment to stamping out poaching and wildlife trafficking and urge other EU Member States to follow suit.”

The French action is particularly important since the measures adopted go far beyond the current EU wildlife trade regulations that permit the trade in ivory procured before 1947. The French decree includes provisions to ban the trade and commercial use of raw ivory, plus the production of artefacts using ivory, irrespective of its age. It also prohibits both the restoration and sale of ivory products bought after July 1975, even if they were purchased legally.

The adoption of these new measures comes just a few weeks before the Parties to the Convention on the International Trade in Endangered Species of Wild Fauna and Flora meet in Johannesburg where the African Elephant Coalition, representing 70 percent of the African elephant range states, has put forward a proposal to list all African elephant populations under Appendix I, thereby prohibiting all international commercial trade in ivory. The Coalition has also tabled additional proposals calling for closure of domestic ivory markets and restricting the trade in live elephants to in situ conservation programmes only.

HSI/Europe has urged the European Commission and EU Member States to support the African Elephant Coalition’s proposals, but have thus far been met with surprising reticence.