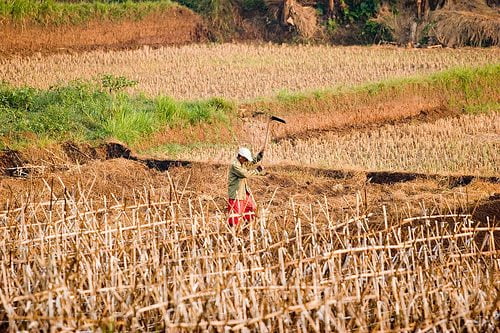 According to the New York Times, a leaked draft of a report under development by the Intergovernmental Panel on Climate Change (IPCC) warns that global food production could drop by as much as 2% per decade as temperatures rise.

The IPCC’s last report on the subject, published in 2007, predicted that rising temperatures would boost food production in some countries, offsetting the damage done in others.

However, the drafts of new report – which is not due to be finalised until March 2014, meaning its conclusions may change – are supposedly less optimistic. It predicts that, while rising populations acquiring increased wealth will mean demand may increase by as much as 14% per decade, climate change will reduce supply by 2% per decade.

The research finds that any shortfall would lead to rising food prices that would hit the poorest people hardest of all.

In September, researchers from Anglia Ruskin University claimed that water and food scarcity, caused partly by global warming, might be an underlying cause of conflicts such as the Syrian civil war.