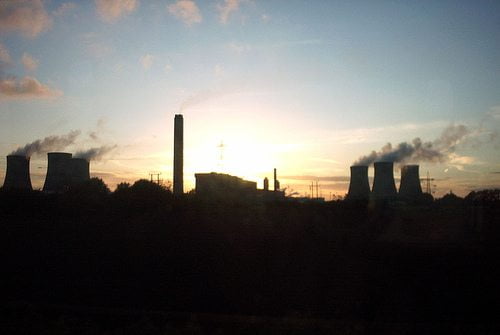 Longannet – Beginning of the End for Fossil Fuels

Longannet power station in Fife will burn its last lump of coal, ending over 45 years of producing electricity at Europe’s third largest coal-fired power station.  Friends of the Earth Scotland declared that this marks the beginning of the end for fossil fuels in Scotland.

Dr Richard Dixon, Director of Friends of the Earth Scotland, said: “For the first time in at least 115 years there will be no coal being burnt to make electricity anywhere in Scotland. For a country which virtually invented the Industrial Revolution, this is a hugely significant step, marking the end of coal and the beginning of the end for fossil fuels in Scotland.  It is also a big step for Europe, with Longannet the third largest coal plant in the EU.

“For those who’ve worked at the plant it may well be an emotional day but as a country it shows the positive steps we’ve taken in the fight against climate change and for clean, renewable energy.  These men and women can be proud of the work they have done but there should be no place for such polluting activities in Scotland’s energy future. ”

The station has been burning around four and half million tonnes of coal a year but less than 40% of the energy in the coal ended up as useful electricity, the rest going up the chimney or warming up the waters of the Forth. And in recent years much of the coal has been imported from anywhere in the world with low prices.  Scotland is aiming to make 100% of our electricity needs from renewables by 2020, up from about 10% in 2000.

Dr Dixon continued: “Scotland has undergone a renewable energy revolution in the past 15 years and the closure of Longannet perfectly illustrates that change. Our electricity system is in transition from one dependent on dirty, polluting coal to clean, reliable renewables.

“The Government should be planning for a large scale transition away from dirty energy that includes support and retraining for workers. Almost everyone from the plant has gone on to something else but the West Fife villages and surrounding communities should be closely involved in developing a new vision for the Longannet site and opening up a new chapter for this area.

“The Scottish Government has been a keen supporter of renewable energy but they should commit to leaving new sources of fossil fuels in the ground by ruling out fracking and underground coal gasification.

“The closure of Longannet is a milestone of major European significance on our way to a fossil-free Scotland and, eventually, a fossil free world.”