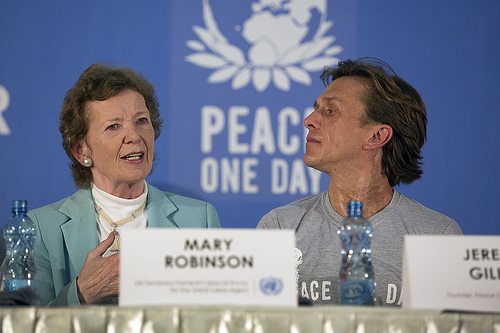 Former Irish president Mary Robinson has been nominated as special envoy for climate change by the UN secretary general, due to a “degree of urgency” in preparing an international climate summit.

Robinson, currently special envoy for the Great Lakes region of Africa, has accepted the role offered by UN secretary-general Ban Ki-Moon and will leave her present role before the 2015 climate talks in Paris. She will also continue to be the head of the Mary Robinson Foundation – Climate Justice.

Robinson said, “I have mixed emotions at handing over the role in the Great Lakes region when I make my final report to the Security Council on August 7, but ultimately I feel it is appropriate that I respond positively to the request of the secretary-general.

“His faith in my capacity to help make progress on the challenges it presents is, I believe, an affirmation of the work of the foundation I lead.

“Our work on climate justice emphasises the urgency of action on climate change from a people’s perspective and I intend to take this approach in my mandate as special envoy for climate change”.

Robison has been appointed with a “degree of urgency”, ahead of a meeting with heads of states in September in New York to discuss a global agreement on climate change.

She has previously supported the divestment movement, saying this was promoting “a new investment model that responds to the risks posed by climate change”, while warning that fossil fuels reserves must stay in the ground to avoid negative implications for economic and social development.