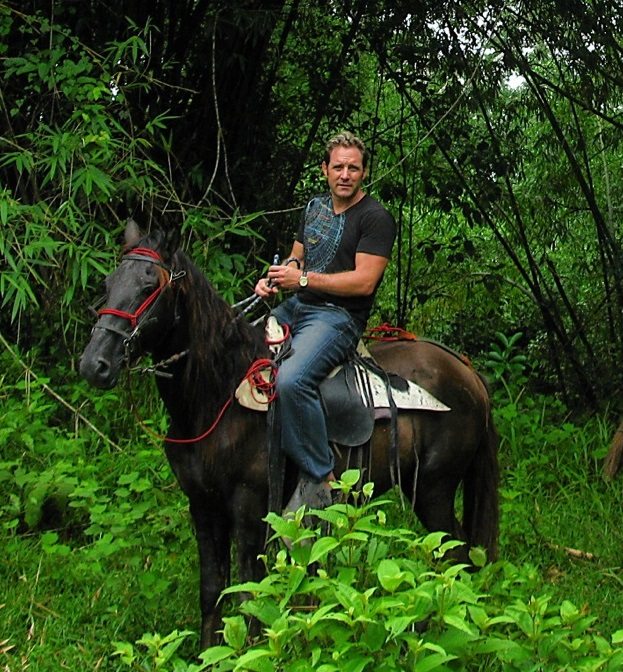 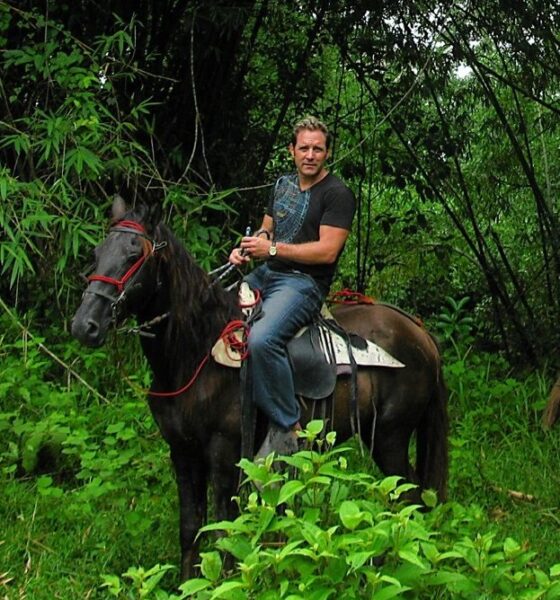 How does a boy from the US deep south end up being a pioneer in the global sustainable forestry industry? Ask Troy Wiseman that question and he sees it as a fairly linear progression.

The CEO and founder of EcoPlanet Bamboo – a firm leading the way in large-scale bamboo plantations – has always wanted to invest in things that make a difference. And what matters to him above all else? People.

An entrepreneur from an early age, at 17-year-old Wiseman left his humble home in the south-east US (“where Top Gear can’t go anymore”, he laughs, “those are my people”) and three years later he co-founded his own global clothing company. In the space of just over six years, he had turned it into a $120m company, with manufacturing in 19 countries. He sold his stake in 1992, leaving California for the midwest to start his next venture.

At 27, Wiseman founded and ran for 14 years the private equity-based financial services firm InvestLinc Group, as well as co-founding a foundation called World Orphans. The latter continues to help orphaned and abandoned children in developing world communities, primarily through funding infrastructure costs of homes in connection with the local community or church. To date, it has helped fund over 500 homes across 45 countries.

Meanwhile, by the time he was 40, he had joined the likes of Walt Disney, Orson Welles and four US presidents in being named one of the Ten Outstanding Young Americans, receiving the TOYA award in 2006.

EcoPlanet was born in 2010 during a visit to look at an investment in a bamboo project in Thailand, where the economics of bamboo showed clear evidence of its ability – if executed correctly – to be a true “triple bottom line” opportunity. It didn’t take long for him to realise that bamboo represented an opportunity to not only make money, but create positive social and environmental impact. It instantly became his ‘timber’ of choice.

After assessing the potential to start commercial bamboo plantations in a number of countries, EcoPlanet Bamboo settled on Central America – in particular, Nicaragua, the second poorest country in the western hemisphere with over 50% of the population living on less than $2 a day, and where Wiseman had a long history of working. It is also home to vast swathes of degraded land caused by of deforestation. Wiseman knew this location also provided attractive business advantages because it was very close to the US market, which not only reduced his carbon footprint but gave him a significant logistical and financial advantage over Asia-based industries.

Bamboo – a grass whose fibre has similar characteristics and uses to timber – could and should be planted on degraded land, so there is no conflict with land needed to produce food; it regenerates biodiversity and counteracts poverty through long-term job creation; it captures more carbon than any tree; it helps improve the water table; it prevents flooding; and it provides a sustainable alternative fibre, mitigating climate change through reducing deforestation.

EcoPlanet only grows bamboo that is native to and/or approved in the country it is operating in – and more specifically, it only grows specific tropical clumping bamboos. The misconception, Wiseman says, is that all bamboo is invasive and runs wild, out of control. This is true for many species, but with a clumping bamboo the 30-40 culms (or poles) stay contained within a 15 sq metre area – the size of a reasonable hotel room.

And the bamboo gods were clearly on Wiseman’s side, with the native Nicaraguan bamboo species, guadua aculeata, one of the best timber bamboo species in the world, flowering at the exact same time he was looking to enter the market. Tropical clumping bamboos tend to mass flower, and seed only every 60-100 years, so it was a once-in-a-lifetime opportunity that he couldn’t afford to overlook.

“The problem was no one had ever done this commercially or on a large scale”, he explains on the seventh floor of London’s InterContinental Hotel. Most bamboo is cultivated and harvested by thousands of smallholders, with little quality control or regulation on standards.

“So to do that, we knew that we had to set certain benchmarks from an environmental and social perspective. Don’t get me wrong – we’re a capitalist company, we’re about profit. We’re not ashamed about making money. But there is a right way to do it.

“We also don’t believe that you have to give up return to ‘do good’. People say, ‘I can only make 5% because I’m saving the world’, but we say they’re just bad executers and not working hard enough.”

EcoPlanet recruited a native workforce. Wiseman recalls how most of these workers, when it came to their first payday, didn’t know how to write their name. As a way around this, they coloured their thumbs with blue ink from a Bic pen and took thumbprints until the employees had learnt to write. Now, each plantation has a school, a clinic and access to clean water.

Investing an initial $10m into the first plantations proved the commitment, the mission and the vision. But what has really proved EcoPlanet Bamboo’s business model is a success is the three consecutive years of profits; the creating over 500 jobs for some of the poorest communities in Central America and Africa; the sequestering of 1.5m tons of carbon; the restoring of thousands of acres of degraded land into fully functional and biodiverse ecosystems; and its multi-dimensional sustainability, as verified by third-party independent certification schemes such as the Forest Stewardship Council (FSC), the Climate, Community and Biodiversity Alliance (CCBA) and the Verified Carbon Standard (VCS).

Many global leaders also feel the same, with EcoPlanet Bamboo invited to present at Forest Day at the United Nations Framework Convention on Climate Change’s (UNFCCC) annual conference in 2012 and a year later at the United Nations Forum on Forestry. More recently, the firm featured as a double-page spread in the official publication of the G7 Summit held in Brussels. EcoPlanet Bamboo was also the first carbon offset project to receive political risk insurance – because of its involvement in the sometimes politically unstable countries – with the World Bank giving it risk backing worth $27m.

The firm’s values and commitment to ‘do well by doing good’ meant Wiseman’s workforce no longer feared about not being able to feed their children; their fear was now that they could one day lose that if something dreadful happened. So EcoPlanet committed to buying each and every employee a $5,000 life insurance policy – so if the unspeakable did happen, their families would still not lose that hope.

Wiseman says such decisions come naturally – they are no-brainers: “It’s about balancing your head and heart. Your head says, ‘How can I make money?’ and your heart says, ‘How can I help people and make the world a better place?’ I wanted to prove with EcoPlanet that you don’t have to choose between making strong financial returns or creating maximum social and environmental impacts.”

But where does philosophy this come from?

“It comes from being a poor kid going to school with track shoes from K-Mart instead of Nike. It comes from having Kentucky Fried Chicken or marbles as your birthday present. It comes from knowing there are people out there that were born into a certain path of life and that what they need is hope. If you can give them hope, what they do with that hope is up to them.”

Bamboo’s potential is clearly underreported. Traditionally bamboo is used in niche products and markets. Wiseman aims to change this paradigm and push bamboo as a fibre into mainstream manufacturing channels. That’s why he predicts that EcoPlanet could actually shake up the timber industry in the same way that Apple shook up computing. John Couch, an early executive vice-president at Apple, hired directly by Steve Jobs, sat on the board at Wiseman’s clothing company and was a long-time mentor.

“Our goal is, and always has been, to be the Apple computer of the timber industry”, Wiseman says.

But the similarities between the two brands do not stop there: “Apple weren’t trying to replace every PC on everybody’s desktop, any more then we are trying to replace all timber products with an alternative sustainable fibre – bamboo. But they did know what was important to the next generation consumer.

“Apple did what EcoPlanet Bamboo is doing which is take a very well-established industry and create better products through innovation, creativity and collaboration of like-minded people. It was largely through Steve Jobs’s all-out stubbornness and determination to stay true to his mission, and the needs of the conscious consumer, fighting a battle against well-established giant companies and the political pressure brought by their well-funded lobbying groups that allowed Apple to create a disruptive PC and many other disruptive technologies that have helped make the world a better and easier place to live.”

Elon Musk, the man behind PayPal, is bringing similar fight to the automotive industry, with his pioneering and disruptive electric car firm Tesla Motors.

Wiseman concludes, “There’s a new disruptive technology that has arrived and it’s called bamboo. We believe we are going to be the Apple of the timber industry by providing a sustainable alternative fibre to global companies who are listening to their next generation sustainably-minded consumers and honestly care.”

Troy Wiseman is an entrepreneur and philanthropist with nearly three decades of experience in socially-focused business and conscious capitalism.