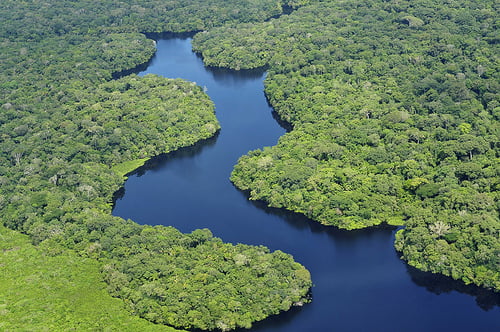 A NASA-backed study has said that degradation of area twice the size of California in the Amazon rainforest could be because of climate change.

A so-called ‘megadrought’ in 2005 caused more than 270,000 square miles of forestry hit by severe drought conditions – the effects of which were still evident five years down the line.

“The biggest surprise for us was that the effects appeared to persist for years after the 2005 drought”, said the University of Oxford’s Yadvinder Malhi, co-author of the study.

“We had expected the forest canopy to bounce back after a year with a new flush of leaf growth, but the damage appeared to persist right up to the subsequent drought in 2010.”

Researchers in a study led by Sassan Saatchi of NASA’s Jet Propulsion Laboratory have linked the 2005 drought to sustained warming of Atlantic sea surface temperatures.

“In effect, the same climate phenomenon that helped form hurricanes Katrina and Rita along US southern coasts in 2005 also likely caused the severe drought in southwest Amazonia”, Saatchi said.

“An extreme climate event caused the drought, which subsequently damaged the Amazonian trees.”

He added, “Our results suggest that if droughts continue at five- to 10-year intervals or increase in frequency due to climate change, large areas of the Amazon forest are likely to be exposed to persistent effects of droughts and corresponding slow forest recovery.

“This may alter the structure and function of Amazonian rainforest ecosystems.”