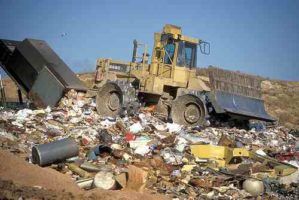 International cooperation is needed to stop developed nations offloading defunct electronics to developing countries, according to a University of East Anglia (UEA) researcher and colleagues in China.

Prof Dabo Guan, professor of climate change economics in UEA’s School of International Development, along with Prof Zhaohua Wang and researcher Bin Zhang of the Beijing Institute of Technology, argue in a comment piece in this week’s Nature that a global approach is needed to deal with electronic waste (e-waste).

Rich nations produce the most e-waste, but it is largely disposed of in poorer ones, where regulation is lax.

China processed around 70 per cent of the world’s e-waste in 2012; the rest went to India and other countries in eastern Asia and Africa, including Nigeria. Non-toxic components — such as iron, steel, copper and gold — are valuable, and so are frequently recycled. However, the authors wrote: “Informal disposal plants release toxic materials, volatile organic chemicals and heavy metals, which can harm the environment and human health.”

The global approach to e-waste should include: an international protocol; an industry body to certify processing firms and promote technology transfer; firmer national legislation, banning toxic imports and policing shady ‘second-hand’ exports; and greater awareness of the problem among consumers. Using radio-frequency identification tags, researchers and regulators should track electrical components through production and usage to disposal, recovery and remanufacturing.

Prof Guan said: “The ultimate aim should be a circular economy of cleaner production and less wasteful consumption, including the embrace of rental and cloud-based technologies with smaller material.”