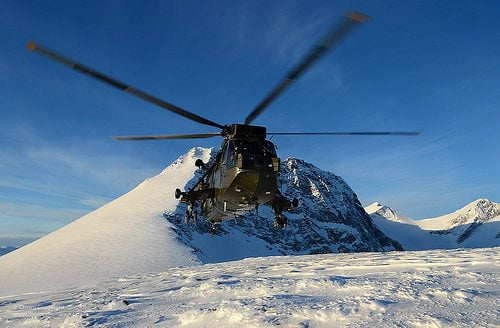 The International Institute for Strategic Studies (IISS) has unveiled a new book that analyses the economic and military opportunities in the Arctic, as global warming brings large ice-free areas.

Christian Le Mière and Jeffrey Mazo are the authors of Arctic Opening: Insecurity and Opportunity, which forms part of the Adelphi Series of academic research. Their book analyses the changes that have occurred in the region, where the melting of ice because of rising global temperatures has opened up new commercial opportunities.

Transport and energy firms, governments, travel agents and military forces have started to look at the Arctic almost as a modern gold-rush, the authors say.

“Among them, the view is optimistic, but also somewhat cautious and restrained: optimistic about the potential economic opportunities to be found in the warming Arctic, while at the same time cautious about the many technological, environmental, human, political and climatic difficulties and uncertainties that would need to be overcome, and restrained in their approach to both opportunities and risks”, the book says.

As states have different interests in the area, Le Mière and Mazo believe that they should co-operate to avoid tensions; otherwise there might be far fewer benefits than those expected.

Despite the Arctic being seen by governments as a land of resources to exploit, many factors are not yet taken into account, such as how climate change will affect the region over the coming decades and the impact of commercial operations on the environment and indigenous people.

“This dichotomy between the certainty about the fact of climate change in the Arctic and the uncertainty over its future effects is causing differences of opinion and division”, the authors said.

“It is certain, for example, that there will be less ice and therefore greater economic exploitation. But governments, industry and indigenous groups have different opinions on the intensity and levels of regulation of private enterprise that are appropriate.”

Earlier this month, the US navy revealed that the melting of the Arctic required “new strategies” as commercial and touristic opportunities increased.