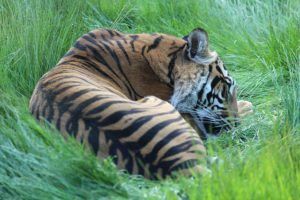 The Royal Zoological Society of Scotland has appointed a new CEO.

“I am delighted to announce that, following a very thorough externally-supported process with consideration of a range of internal and external candidates, the Board of Trustees of RZSS has appointed Barbara Smith as the organisation’s new Chief Executive Officer.

Barbara was previously the Managing Director of RZSS and has been acting as interim CEO since the departure of Chris West, the previous CEO. She will take up this new position immediately.

We all look forward to working with Barbara in her new capacity, to the benefit of the Society.”