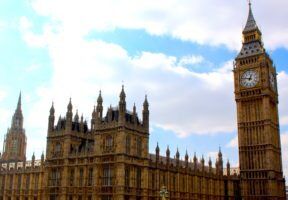 New Government Praised For A Solid Start On Climate Change

Christian Aid today notes the work done by the new Government as the Fifth Carbon Budget passed both Houses or Parliament just less than a week after the new Prime Minister was appointed.

Responding to the successful passage of the budget through Parliament, Christian Aid’s Principal Climate Change Adviser Dr Alison Doig said, “Historically the UK has been a global leader on climate change, in part thanks to the Climate Change Act and the carbon budgets which guide our low carbon development. It is encouraging that Theresa May’s new Government has reaffirmed its commitment to decarbonise our economy in the lowest cost way amid the uncertainty of Brexit.”

The Fifth Carbon Budget sets out the carbon reduction that the Government must ensure happens by 2032. The Government set the level in line with the independent Committee on Climate Change’s recommendations.

Dr Doig continued: “We also look forward to seeing the Government’s Low Carbon Plan this year. This will set out the actions the Government will take across Whitehall to ensure the UK achieves the targets required by the Fourth Carbon Budget up to the mid-2020s.

Christian Aid is also calling on the Government to ratify the Paris agreement on climate change – agreed by over 190 countries last year.

Dr Doig said: “The UK had a vital role in delivering the UN climate agreement in Paris last year.  Other countries, including France have ratified it, it’s now time we did the same.  As one of the most important agreements for the safety and prosperity of the world it’s important that it is ratified as quickly as possible and we can set about implementing it.”