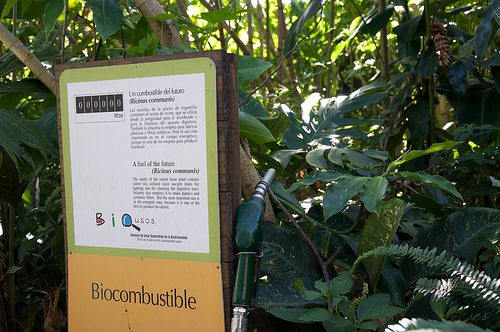 A new bioethanol refinery and animal feed plant has opened in the Humber estuary.

Trade body the Renewable Energy Association (REA) called the opening of the Vivergo site, at Saltend near Hull, “a very exciting day for the UK green economy.”

Biofuels firm Vivergo said the £350m plant will use locally sourced wheat to produce 420m litres of bioethanol every year. The bioethanol will then be blended with conventional petrol to make greener fuel for transport purposes.

The fuel will be equivalent to removing 180,000 cars from the road.

Using its waste-free process, the plant will also provide around 500,000 tonnes of animal feed every year.

The National Farmers’ Union (NFU) said the plant will “ease pressure on farmers after a tough year.” It is hoped that the opening will reduce British farmers’ reliance on soya imports.

The plant opens as the European parliament environment committee (ENVI) prepares for a vote on Thursday on whether to lower EU renewable transport targets.

The change has been proposed on the grounds that cultivating new land to grow crops for biofuel production may indirectly release greenhouse gases.  This phenomenon is known as indirect land use change (ILUC).

However Clare Wenner, REA head of renewable transport, said, “The science of ILUC is too uncertain to introduce theoretical ‘ILUC factors’ – and it certainly cannot be used to justify calling into question major investments in our jobs and our industry.

“No other land using industry is being forced to account for ILUC, and biofuels, which are the only viable way of significantly reducing greenhouse gas emissions from our transport, should be not be used as a guinea pig for ILUC accounting.

“Singling out crop-based biofuels would ultimately be counter-productive, as the biofuels market has been a great stimulus for investment in agriculture, which is critical if the world is to feed a growing population.”