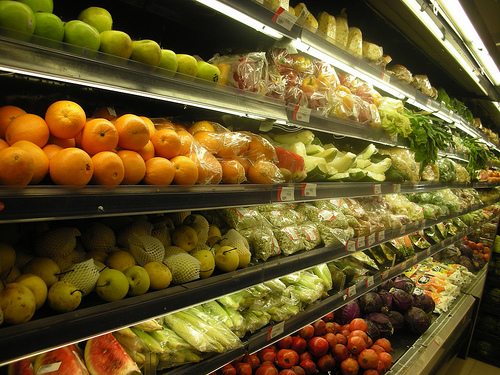 The environment secretary has reaffirmed his support for genetically modified (GM) food, lauding the opportunities it offers to British farmers.

Speaking at the Oxford Farming Conference, Owen Paterson said that 24% of British food is imported despite the good production on national soil.

“We have a top-class fruit and veg sector which produces everything from green beans to strawberries, yet we imported £8 billion of fruit and veg in 2012. We can’t grow mangoes or pineapples, but we can encourage UK consumers and food businesses to buy Scottish raspberries or Kent apples”, he said, adding that consumers should be encouraged to buy seasonal fruit and veg produced in the UK.

He also stressed that Europe needs to embrace GM technologies, to avoid becoming “the museum of world farming”.

“Delays and blockages have been politically-motivated rather than based on evidence”, Paterson claimed.

“I will continue to make the case for a regime that allows fair market access for products once they have passed Europe’s rigorous, independent scientific assessment. The longer that Europe continues to close its doors to GM, the greater the risk that the rest of the world will bypass us altogether.”

Some fear that opening the UK’s doors to GM crops would threaten the organic sector. The Soil Association leads a battle against GM crops and fair labelling of products.

Peter Melchett, policy director at the organisation, welcomed the environment secretary’s invite to consume more British food, but added, “We are concerned about the immediate prospects for organic food, as the organic market has moved back into growth.”

Organic farmers in Europe receive an average support of £140 per hectare, but in the UK, the sum is only £30.

“The prospects of UK organic farming increasing are being held back by the fact that UK organic farmers get the lowest level of financial support, than farmers in any other EU country”, Melchett said.