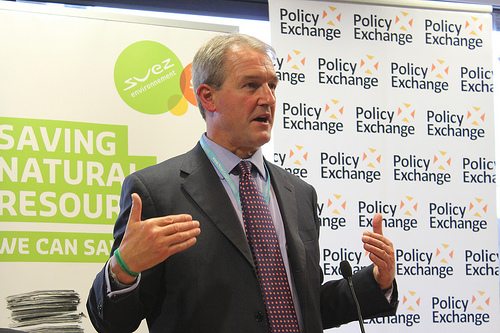 Earlier this week, reports broke that Fera, which is responsible for scientific research across a wide range of issues, covering agriculture and the food supply chain, would be opened up for investment.

On Thursday, Owen Paterson, the secretary of state for environment, food and rural affairs, confirmed that the agency was now looking for a joint venture partner.

In a statement, he said, “Fera is a leader in its field with an international reputation for protecting plant and bee health and food safety.

“A joint venture will protect and enhance its scientific capabilities in the long term, and free it from public sector constraints. This will give Fera the opportunity to access new markets and grow its non-government business, which it cannot do in its current capacity.”

However, the announcement has provoked concern that commercial pressures will lead to scientific standards being lowered and jobs being cut.

The agency is currently involved in many crucial areas of research, including investigations into the effects of pesticides on bees, badger vaccination and ash dieback, a chronic fungal disease killing Britain’s ash trees.

Speaking to the Guardian before Paterson’s announcement, Geraldine O’Connell, the national secretary for the union Prospect, which represents Fera scientists, said, “One of our biggest concerns is that science has a long-term responsibility. We don’t know what a joint venture is going to do.

Paterson seems to address these concerns in his statement, saying that the outside investment will help Fera achieve its long-term aims and provide “new opportunities” to its staff.

But speaking after the announcement, shadow environment secretary Maria Eagle said, “The public deserve to know the full detail of how the new private sector partnership would work to make sure the highest scientific standards are maintained.

“Without that detail this looks like a secretive sell-off by a government that has shown once again that it is anti-science.”

The controversial environment secretary has come in for frequent criticism over an apparent lack of understanding on some environmental issues.

In September, Paterson was mocked for claiming that climate change would benefit the UK. He said that he was “relieved” by the findings of an Intergovernmental Panel on Climate Change (IPCC) report that warned that potentially devastating temperature increases were likely, unless drastic cuts to global greenhouse gas emissions are made in the next few decades.

In October, he was also criticised for attending only two official briefings on climate change during his tenure

Paterson said that the preferred bidder and the commencement date for the joint venture with Fera will be announced by the end of the year.