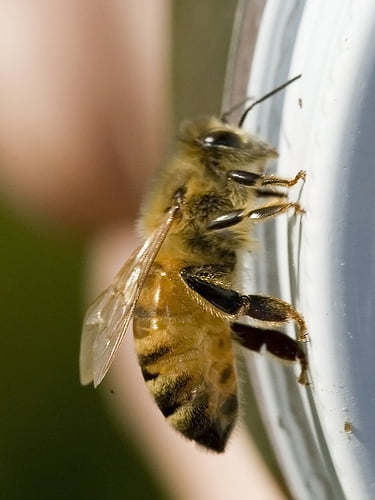 According to The Guardian, almost three-quarters of the UK public is behind the ban of neonicotinoid insecticides, which have been linked strongly to a decline in the bee population.

The European commission will take the decision to a vote on Friday and the UK, together with Spain and Germany, is likely to say no to the proposal, due to concerns relating to a possible decrease in food production. This position is strongly backed by the chemicals industry.

Bees are necessary for agriculture and allow the sector to be prosperous. Losing them would mean forking out around £26 billion a year in man-made pollination methods.

Conservationists have noted that food production losses from banning the insecticides in question are likely to be less than a loss caused by a significant bee decline.

Campaign group Avaaz is collecting signatures to be presented to the commission on Friday. It says, “Weeks ago, the official European food safety watchdog stated for the first time that certain pesticides are fatally harming bees.

“Now legal experts and European politicians are calling for an immediate ban. But, Bayer and other giant pesticide producers are lobbying hard to keep them on the market.”

Paterson faces political pressure from all the parties. A spokesperson for the Department for Environment, Food and Rural Affairs (Defra) said that they are waiting for the results of some studies to verify the effects of neonicotinoid, but they won’t arrive before Friday – by which time, it will be too late.

B&Q, Wickes and Homebase are among the retailers to have taken the harmful insecticides off their shelves, with garden centres Notcutts, Hillier, Squires and Blue Diamond also following suit.