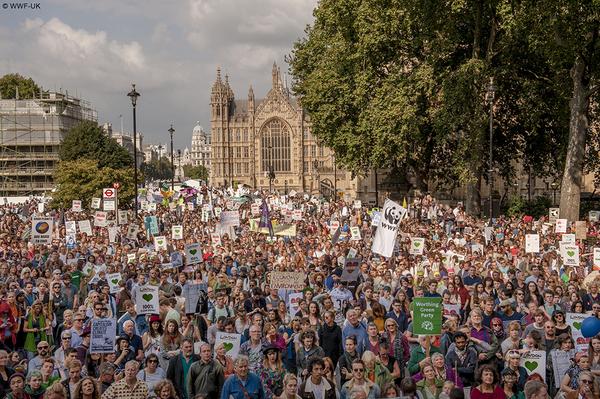 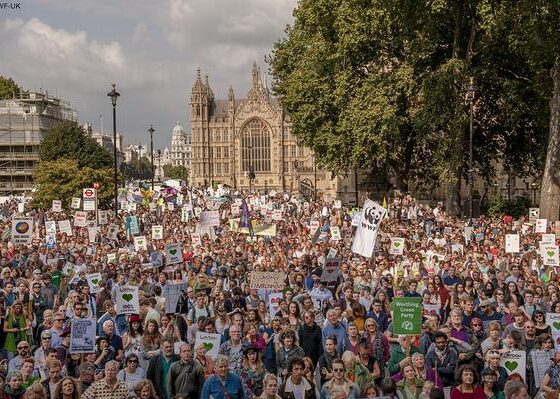 More than 310,000 people took to the streets of New York on Sunday, joined by hundreds of thousands more around the world, in an unprecedented call for action to stop climate change.

Ahead of a meeting of world leaders at the United Nations on Tuesday, demonstrators from London to Melbourne and Delhi to Rio joined the People’s Climate March.

Around the world, some 600,000 people joined 2,646 peaceful rallies and events in 156 countries, coordinated by several organisations.

Even conservative estimates reveal that the peaceful protest in New York, which drew in as many as 400,000 according to some reports, is the biggest social demonstration of the last decade.

“We said it would take everyone to change everything – and everyone showed up,” said Eddie Bautista, executive director of the New York City Environmental Justice Alliance. 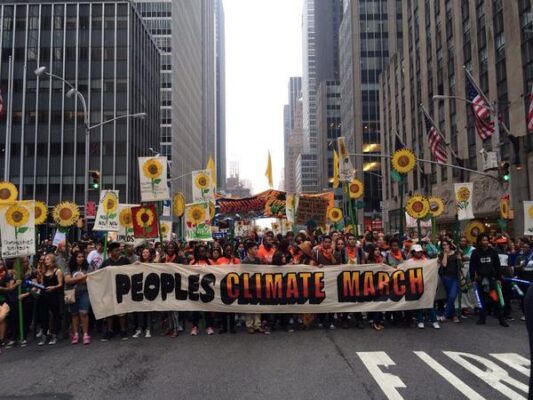 Those on the streets of Manhattan were joined by UN secretary-general Ban Ki-Moon, who told reporters, “There is no ‘Plan B’ because we do not have ‘Planet B’“.

Some 125 world leaders will meet in New York on Tuesday, joined by business and finance leaders and NGOs, in talks convened by Ban to pave the way for success at the crucial 2015 climate summit in Paris.

In the Paris talks, governments must agree on a binding deal to curb greenhouse gas emissions and keep global warming below the agreed threshold of 2C from pre-industrial times.

Beyond 2C, scientists fear that irreversible tipping points will be crossed, causing devastation around the world – from rising sea levels to droughts and from famine to war.

Currently, the world is on track to emit enough carbon within the next few decades to smash through the 2C barrier, and see warming of 4C-6C by 2100.

“People around the world are tired of waiting for our politicians to act,” said Payal Parekh, global managing director of 350.org, one of the march’s organisers.

“From the islands of the Pacific to the streets of New York City, we’re demanding action, not words. We’re showing what real leadership looks like.”