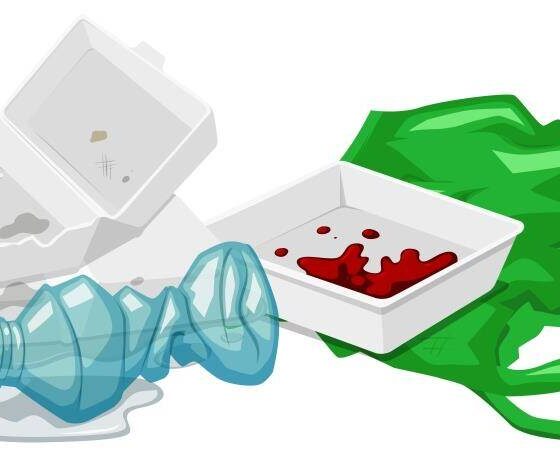 Ground Up Plastic Rubbish Removal Houses – Improving the Lives of Many!

It’s happening in one of the poorest areas of the world: Latin America. Torn apart by civil war, it is estimated that forty-six percent of the people who live in Latin America do not have a home. Over 30% of the population is in poverty. Those that do have a home live in structures that are unsafe and would likely be condemned in most places. Conceptos Plásticos is in the process of changing this by building houses out of plastic rubbish removal!

The mastermind behind this concept is Oscar Mendez, a social entrepreneur and architect who sought to change the world. He and his partners have received several grants allowing them to expand on the remarkable work they are doing building homes for the poorest people on the planet while at the same time finding a solution for the mountains of plastic rubbish removal building up in these impoverished countries.

About a year ago, Conceptos Plásticos won a $300,000 grant from The Venture. This large grant encouraged them to expand their rubbish removal projects to other impoverished areas of the world, namely Asian and Africa. The Venture provides venture capital to startup businesses that are attempting to  solve large scale social issues and environmental problems through a highly competitive process. Building homes from plastic rubbish removal solves both large scale social and environmental problems at once.

The first step to building one of these plastic houses is to let people know how important it is for them to save their plastic rubbish removal. In some areas, recycling centers are set up to receive the plastic and the people who bring it in are paid for their efforts. This helps people who have no other source of income. In other areas, the plastic collection is an entirely volunteer effort.

One small house takes about five tons of plastic rubbish removal to build. To give you a visual of how much plastic this is, the same amount of plastic would take up approximately twelve square meters if it were not compacted into plastic bricks and beams. Thus, one home saves the planet from a lot of plastic! When Oscar Mendez and his team built homes for forty-two families in war torn Guapi Colombia, they used about one-hundred twenty tonnes of plastic! This is a win-win for people and the environment! As an added bonus in these war regions, the plastic homes are bullet proof!

Conceptos Plásticos is happy to take people on tours of their factory. The plastic is first sorted by the type of plastic (or brought in this way). It is then ground into tiny pieces, or into a powder, depending on the type of plastic. A “secret recipe” is then used to combine different types of plastic (and rubber tyres). It is then melted together at a very high temperate before it is poured into a mould to make a hard-plastic brick or hard plastic beam. It comes out looking like a giant LEGO piece made out of stone or concrete. Care is taken not to overheat the plastic as this would release toxic gases.

There will always be a never-ending supply of plastic rubbish removal. In Bogota, the capital city of Columbia, approximately eight million people live there. Every day, they generate about seven hundred tonnes of plastic. Before Conceptos Plásticos came on the scene, it is estimated that only one-seventh of this plastic was recycled into something useful. The rest was just accumulating into massive piles that will take five hundred years to biodegrade. Now, this rubbish removal is being converted into plastic bricks that will outlast traditional bricks by about four hundred years!

It is interesting to see up close how these plastic blocks and plastic beans are designed to fit together in interlocking style. A mallet to hammer down the bricks and a wrench to turn the bolts are about all the tools that are needed to build these houses once the building blocks are delivered to the site. It is estimated that a family of four could actually build their own home with these materials in only five days! There are even special plastic bricks prefabricated with holes so that pipes can be easily put through for plumbing, i.e. the people on site do not need to drill holes for pipes! Smaller holes are prefabricated to allow electrical wires to be easily strung through.

In one impoverished village on the east side of Cali, the Conceptos Plásticos crew and some of the locals built one of these plastic homes on top of an existing traditional building. It was built for a displaced mother on top of her son’s place and it’s even possible that a third story could be added. This eliminated the need to build a foundation. The mother praised the project profusely as she watched it being built before her very eyes. As the project got underway, an increasing number of curious people made their way over to see the project. By the end of the first day, almost the entire village was there applauding. These plastic rubbish removal home projects bring a great deal of joy into the lives of the community.

If you want to understand why Oscar Mendez does this work, all you have to do is see his beaming ear to ear smile as he watches people explore their new home, usually their first home ever. It must be very satisfactory to see these homes erected so quickly from his lego-style plastic bricks and beams and then see the people rejoice. Oscar’s smile is contagious, and it will make you smile and want to cheer him on to spread more joy and hope. For the community, an infectious spirit takes over when one of these homes are built as the whole community now realizes they have the skill and the blueprint to build many more plastic houses for the deserving people who live there. It’s empowering and inspirational.

If you are traveling and see one of these “plastic LEGO houses” up close, please send your impressions and any photos to the Clearabee Facebook page. Like Conceptos Plásticos, Clearabee is another company with a social mission. Based in the UK, Clearabee and KwikSweep are is a rubbish removal companies that has figured out a way to recycle or reuse NINETY PERCENT of all the rubbish they collect from their customers. This puts their recycle and reuse success rate at the very highest in all of Europe. We need more businesses like Conceptos Plásticos and Clearabee in the world!