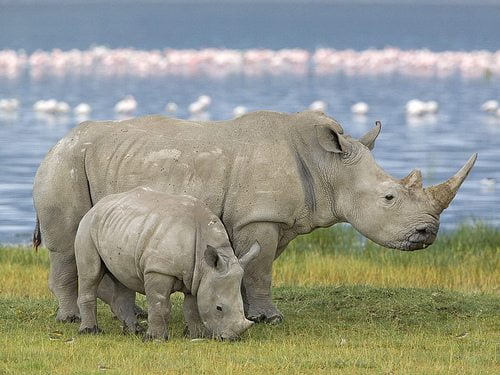 The Duke of Cambridge and David Beckham have launched the new #WhoseSideAreYouOn campaign, which calls on sportspeople to show support for conservation work to tackle illegal wildlife trade and killing.

The campaign by Prince William-led charity United for Wildlife, has already gained the support of Andy Murray, Lewis Hamilton, Rahul Dravid, Francois Pienaar, Leicester Tigers and Hans Sarpei. It wants to raise awareness among the public on the seriousness of wildlife crime, such as ivory trading, hoping that this can lead to law enforcement.

The Duke of Cambridge said, “I am delighted to launch this exciting new campaign, #whosesideareyouon, part of United for Wildlife. Conservation is something I feel very strongly about and linking it with sport, which appeals to people all around the world, seems like the best way to raise awareness.

“There are two thousand critically endangered species on the verge of being lost forever. It’s time to choose a side – between the endangered animals and the criminals who kill them for money. I am calling on people all around the world to tell us: whose side are you on?”

Illicit activities in relation to wildlife have been on the rise in recent years. Rhino poaching reached a new record in 2013, while more than 30,000 elephants were killed last year. A series of measures to reduce the demand for rhino horn and ivory from Asian countries and promote law enforcement have been suggested.

David Beckham added, “I believe sport is a vital way of engaging and highlighting issues and #whosesideareyouon is a perfect example of how sport can raise awareness about conservation, something that we should all be doing something about. I will be showing my support and hope that as many people as possible will join me.”