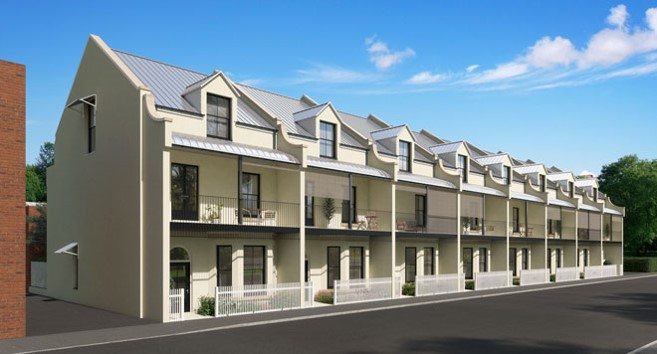 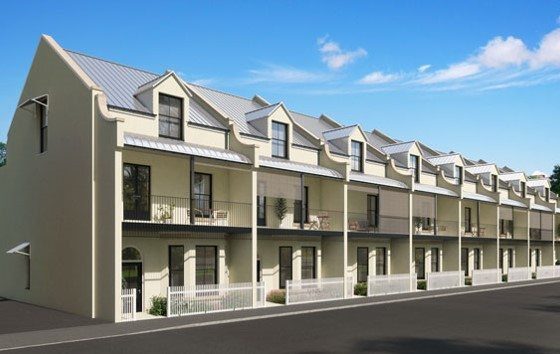 The Prince of Wales turned the first sod on Australia’s most sustainable housing development in Adelaide today, during the final leg of his whirlwind tour of South Australia.

Known as The Princes Terraces, the world-class development is the result of joint collaboration between the Prince’s Foundation for Building Community (PFBC), the South Australian Government and Defence Housing Australia (DHA).

Located in Bowden, in the inner west of Adelaide, the townhouses are the first residential development in Australia to achieve a 6 Star Green Rating by the Green Building Council of Australia.

Green Building Australia executive director Romilly Madew said “the impact of this development on the building industry could not be understated.”

“The market drivers between the office market and residential sector are different – home buyers are still coming to grips with the value of sustainability.

“This project helps to educate people about the benefits of green homes – which will ultimately increase the demand,” said Madew.

The townhouses will feature a number of locally sourced, low-carbon materials, including local concrete made with fly ash, local granite and recycled bricks sourced from Bowden’s old industrial buildings.

The orientation of the development will work to minimise summer solar gain and maximise natural cross ventilation, while the terrace façades have been designed to maximise natural daylight and manage glare.

The toilets and laundry fittings will all be supplied with 100 per cent recycled water.

The combined design and fixtures are expected to reduce water and energy use by more than 50 per cent and cut tenants carbon emissions by more than 40 per cent, compared to a typical house.

The Foundation is one of the Prince’s charities, set up to address the broader global challenges of urbanisation and climate change, through sustainable building practices and architectural design befitting local climates.

“Being the very first development in Australia to be awarded a 6 Star Green Star rating is a wonderful recognition of both our and Defense Housing Australia’s focus on meeting the urgent challenges of urbanisation and climate change.”

Defence Housing Australia development manager Shaun Barber said the partnership with the Prince’s Foundation had brought a fresh set of ideas to the project.

“Over the years, when we’ve talked about sustainability we’ve been very focused on energy and water.

“This broadening of ideas to include materials which are local and low embedded energy is really akin to what the Foundation is trying to achieve,” he said.

As part of the development agreement, six of the 12 homes will be used by Australian defence personnel and their families.

Barber said DHA are working with the Foundation to have the homes on display for a short period to show consumers the sorts of things they might consider in designing a sustainable home.

“We’re confident the Prince’s Terraces will set a new benchmark for residential development, and will show Australians that green features make for a smart investment,” said Madew.

South Australia’s Deputy Premier and Minister for Planning John Rau said “the Prince’s Foundation has projects all over the world including in the UK, China and the Galapagos Islands but this will be its first project in this part of the world.”

“It is a real coup for South Australia that The Prince’s Foundation has chosen to undertake its first Australian terrace development in Adelaide,” he said.

Construction is expected to start at the end of the year.