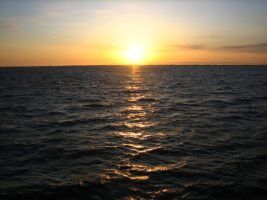 This afternoon the Foreign Office Minister Sir Alan Duncan will announce plans to increase the area of protected ocean around the UK Overseas Territories to around four million square kilometres, larger than the land mass of India.

The announcements will include the expected confirmation that 840,000 square kilometres around the Pitcairn Islands in the Pacific is to be formally designated as a fully-protected reserve, but also that at least half of Ascension’s waters (220,000km²) will be designated a fully-protected marine reserve by 2019.

In addition, two further overseas territories have also announced increased levels of protection which will allow some fishing: some 444,000km² around St Helena in the south Atlantic will be designated as a sustainable-use marine protected area, where damaging fishing methods such as bottom-trawling, gill-nets and purse-seining will be banned and 754,000km² of extremely rich waters around Tristan da Cunha in the South Atlantic will be safeguarded via an unspecified protection regime by 2020.

The UK government will pledge £20 million over the next four years to support the implementation, management, surveillance and enforcement of these new Marine Protected Areas.

Blue Marine Foundation, which has been working as part of the Great British Oceans Coalition to press for the increased protection of the UK’s overseas territories, sees this joint announcement by UK and several UK overseas territory governments as significant progress towards protecting biodiversity and reversing the crisis of overfishing.

This is a tremendous, collegiate achievement by the government and the overseas territory governments

“This is a tremendous, collegiate achievement by the government and the overseas territory governments and shows that an ambition to stop the degradation of the sea and its biodiversity are the new normal for Britain and its overseas islands. What I particularly admire about this is that some of the biggest achievements announced here were generated from within the territories themselves.”

“We were confident that the ‘blue belt’ commitment was one which transcended party divisions and would be upheld by a post-Brexit government. This announcement today is hugely encouraging, not least that the UK government is putting meaningful sums of money towards the protection of these extraordinary territories.”

A continued supportive framework from the UK government gives a huge fillip to Blue Marine Foundation in its work to protect the overseas territories. There is, of course, much more work still to be done.
We need to ensure that these commitments deliver benefits for the islanders themselves as well as effective conservation. Meanwhile there are other territories, notably Bermuda, which are showing great vision and leadership in their commitment to conservation of their ocean estate.

The British Foreign Office’s release can be found here: https://www.gov.uk/government/news/uk-set-to-protect-four-million-square-kilometres-of-ocean

To see a short film about the remarkable biodiversity in the UK Overseas Territories, please click here