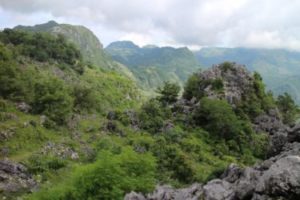 Carbon projects underway across the globe are seeking to tackle climate change and improve land-use techniques, management and execution. Programs including the WithOneSeed Program are set up to help communities reduce greenhouse gas emissions, improve soil quality and nurture local waterways. One area that is benefiting from carbon projects is Baguia in Timor Leste.

Having gained official nationhood less than 15 years ago, Timor-Leste is among the world’s newest countries. Also new to the country is the first ever community-based forest carbon sequestration project, supported by Australia’s Xpand Foundation’s WithOneSeed Program.

The vast majority of farmers in Baguia, Timor Leste are living at a subsistence level, having to plant crops in degraded soils on lands that were once surrounded by forests. Yet now, farms in Baguia are being reforested through the WithOneSeed Program that has achieved Gold Standard certification for carbon sequestration. The Program has a lifespan of 30 years, and this ground-breaking endeavour presents a viable opportunity to induce long-lasting impacts to the participating indigenous communities.

Located in the Pacific Ocean and north of Western Australia, Timor Leste gained independence from Indonesia in 2002, but this was preceded by years of extensive violence and destruction to much of the nation’s infrastructure. Additionally, data showing declining numbers representing the nation’s forests have been well-documented by researchers and the media, and the traditional practice of slash and burn agriculture has shaped the present-day landscape of Timor Leste.

Wildfires and rampant industrial logging have also contributed to the land’s degradation. In Baguia today, the land mainly consists of remnant patches of forests juxtaposed next to agricultural lands and grasslands. Low fruition rates of agriculture means that the majority of the local population supplements their incomes through exploiting what is left of the forest’s resources. Many of the current practices are unsustainable and are leading to severe degradation, due to over-farming, grazing and burning.

After achieving certification to the Gold Standard, projects must continue along the path towards Performance Certification (verification), which will determine whether a particular project’s activities are generating the levels of carbon sequestration that were originally aimed for in its beginning stages years before.  After attaining Gold Standard certification, verification audits are required at least every five years to confirm the actual amount of emission reductions achieved by projects.

Rainforest Alliance’s Initial Certification audit confirmed the projected levels of carbon sequestration expected to be achieved by the project. Due to the amount of time it takes individual trees to sequester measureable amounts of carbon, Performance Certification (verification) typically does not occur until several years after trees are planted.

The initial stages leading to WithOneSeed’s Gold Standard certification began in 2009, when the program first started to engage with local stakeholders to measure levels of support from within the Baguia community; during following year, local landowners and farmers initiated the first plantings of non-invasive mahogany seedlings. The total eligible planting area of the project is 4,996 hectares, representing existing agricultural and grasslands in Baguia. Through 2015, the project planted a total of 29 hectares, and this amount is expected to increase to 142 ha by 2040.

WithOneSeed’s Gold Standard audit entailed an initial, desk-based review and preparations that familiarised RA-Cert’s auditors with the Timor Leste project and enabled them to devise an audit and sampling plan for the field audit. After arriving in the field, carbon auditors met with project managers, and the local field team, Ho Musan Ida (WithOneSeed in Timorese), to discuss the evaluation and actions necessary to the audit, and then facilitated the audit itself, which included an inspection of the planting sites, the project’s seedling nurseries, and interviews with participating farmers and community members.

The field audit was followed by development of the audit report and associated quality reviews. Gold Standard carbon projects must also adhere to sustainability requirements and prepare a ‘Do No Harm’ assessment and conduct local stakeholder consultations. In the case of WithOneSeed, the local stakeholders are the participating farmers, community members of Baguia and government officials at the sub-district, district and national levels.

The Project Area is located in an area that has a projected increased drought period, high groundwater vulnerability, and a population that has an unsustainable dependence on unprotected water sources. The reforestation activities introduced by WithOneSeed’s project should help to reduce runoff and overflows and retain subsurface water. This improves underground water resources as opposed to negatively affecting it, conserving the water supplies within the hydrological systems.

As a whole, carbon projects seek to combat climate change and improve land-use techniques, management, and execution. Some of the key aims for the endeavour include reducing greenhouse gas emissions, refurbishing soil quality, restoring local waterways back to health, and protection against erosion. This project will likely also lead to employment for local staff, and the project managers also hope it will deliver a range of social benefits, in particular direct payment for individual landholders in return for planting and maintaining trees. Generally, reforestation projects are also beneficial opportunities for smallholder farmers to gain access to carbon markets.