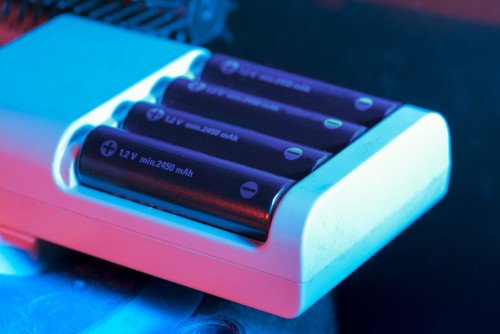 Rechargeable Batteries – an Unlikely Savior in the Fight Against Climate Change

Climate change has been a hot topic in the news recently. Last week, it caused a number of student protests across the world. However, many people are still trying to figure out how to deal with it. One option that many people are finally starting too appreciate is the benefits of using rechargeable batteries.

There are many factors that play a role in climate change. But when you’re running a company, your carbon footprint will no doubt be a lot higher than the average household. It’s for this reason that you have to take extra consideration when buying products to use. Keep in mind that people are actually willing to pay more if they can help the environment. One study found that the number of people willing to pay higher prices is around 35% of the population.

Green Biz recently talked about this in their article How batteries could charge up the fight against climate change. Their article focused on a number of benefits of using batteries instead of other energy sources. These batteries are a lot better for the environment when they are rechargeable. According to RS Components, there’s one item that’s causing a lot of issues for the environment: batteries.

While you may not think about it, there are more than 15 billion batteries produced and sold worldwide each year. Around 3 billion are thrown out in the United States alone. This can have a huge impact on the environment, due to most batteries being made from harmful metals like mercury, lead and cadmium. These can have a detrimental impact on both soil and water when taken to landfills, and further air pollution can be caused when they’re incinerated. They can also be harmful to humans and wildlife.

Aside from this, the manufacturing and transport of batteries adds to the effect they’re having on the world. But there could be a solution for you in the shape of rechargeable batteries.

While they’ve been around for a while now, you may have overlooked rechargeable batteries in favor of the tried and tested disposable ones. But they actually have a whole host of advantages for you and the environment.

Keep in mind that a lot of these benefits are due to the amount of toxins that they cause to leach into the environment. Battery acid is the most dangerous type of acid and can be a huge problem. However, there are also factors associated with the production of batteries, which leave a large carbon footprint. These are not considered as much, although they have the biggest role in climate change.

They can also be very beneficial to you as they’re also cost-effective. This is due to the batteries being rechargeable, which means you won’t need to buy as many throughout the year.

While also lasting longer than regular alkaline batteries, they’ve also been shown to provide a much better performance. This is due to modern designs lasting longer on one charge than traditional batteries; which is great if you’re running devices that have a high-drain rate. In fact, a study in 2006 by Mintel estimated that 500 regular, disposable batteries costs around £380 (prices have increased since), while a charger and two batteries cost less than £10, and could be recharged around 500 times.

So, if you’re looking to do your part for the world, and save money in the long run, it’s time to opt for rechargeable batteries.

Consider the Benefits of Rechargeable Batteries

There are countless benefits of rechargeable batteries. They could make a very important impact in our fight against climate change. You need to familiarize yourself with them and make sure that you invest in them as necessary. You might find that they will also save your business a lot of money.