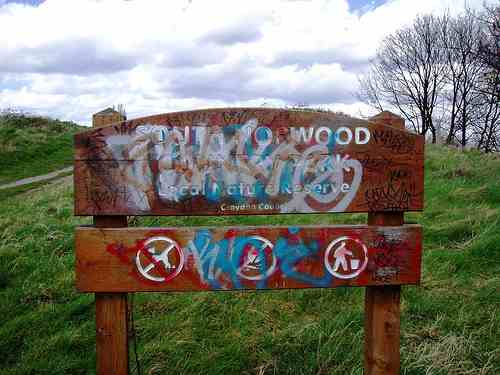 A specially created website that encourages people to rate green spaces could help improve local parks and similar urban environments, according to a new report.

The study, by Policy Exchange, found that budget cuts have forced many local authorities to drastically cut spending on the maintenance of urban green spaces.

The cuts have been distributed unequally, with councils in the north-east of England cutting relevant spending by 38.7% over the past three years, compared to just 8.7% in London and 3.4% in the south-east.

Katherine Drayson, the author of the report, said, “Flourishing parks and green spaces are central to the success of our cities. They are places to exercise, to socialise and to relax.

“They also support our wildlife, clean our air, reduce flooding and even cool our cities down. Yet we’ve all gone for a walk in our local park only to find used needles, dog excrement and litter ruining our beautiful green spaces.”

She proposes that a freely available ‘TripAdvisor-style’ site, that allowed users to upload pictures of graffiti, vandalism, dog fouling or disrepair, could encourage community groups to maintain green spaces and combat anti-social behaviour when councils or relevant authorities have failed to act.

Previous research by scientists from the University of Exeter Medical School found that people living in urban areas with more green spaces are reported to have greater wellbeing and quality of life.

Martin Harper, director of conservation at RSPB, commented on the Policy Exchange’s findings, saying, “Auditing the extent of green space and our access to it is a vital first step in reconnecting people with nature—and what better way to do it than to combine the wonders of smart technology with the wonders of nature?

“That way, people can personally put a pin on the map for the natural corners that bring a flash of brilliant green to the grind of city life.”

On Friday, Lord Wolfson, chief executive of retail chain Next, launched a competition offering £250,000 to the person who can create the best design of a new garden city to help solve Britain’s housing crisis.

Lord Wolfson said that first and foremost, the winning entry would have to be green “in the sense of open spaces, gardens, parks, walkways, a city that would harness the beauty of nature as well as the splendor of architecture.”

“British people live in the smallest, most expensive housing in Europe, pretty much without exception,” he added.