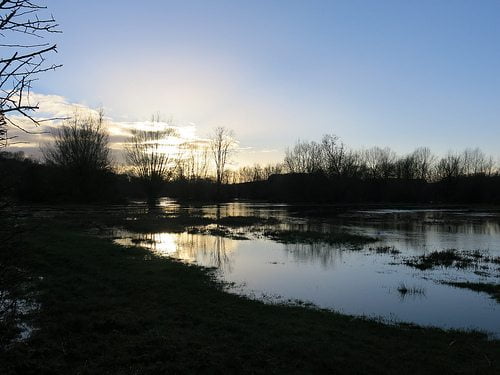 Parts of Britain “may not be defensible” against flooding and therefore retreat has to be considered as an option, according to an academic from Newcastle University.

Prof Enda O’Connell, who is also a fellow of the Royal Academy of Engineering, told BBC Radio 4’s World This Weekend programme, “Some of these areas may not be defensible and we cannot afford to defend them.

“Therefore retreat has to be contemplated.”

His warnings follow comments made by the chairman of the Environment Agency, who said Britain must choose between protecting “town or country” and “front rooms or farmland” from flooding because it cannot afford to protect both.

In an article for the Telegraph, Lord Smith warned that the organisation has “no bottomless purse, and we need to make difficult but sensible choices about where and what we try to protect.

“But this involves tricky issues of policy and priority: town or country, front rooms or farmland?”

Lord Smith, who will leave the organisation this summer, writes after a week in which the Environment Agency has made frequent headlines over its response to prolonged flooding in the Somerset Levels.

The Levels became the focus of much attention after residents confronted the visiting environment secretary Owen Paterson. Many villages in the area have been cut off for over a month, and residents fear water levels are only set to rise further after what was the wettest January on record in many areas.

Forecasters have warned of further strong winds and heavy rain to come and the Environment Agency issued five severe flood warnings over the weekend, meaning there was a “danger to life.”

Following the worst spate of flooding to hit the UK for decades, MPs and campaigners have questioned the wisdom of government-enforced cuts in the agency’s budget.

“Government lays down clear rules and the principle is that central government, through the Environment Agency, funds national benefits, and local people fund local benefits”, Smith writes in the Telegraph piece.

“Yes, agricultural land matters and we do whatever we can with what we have to make sure it is protected. Rules from successive governments give the highest priority to lives and homes; and I think most people would agree that this is the right approach.”

The Environment Agency currently has two severe flood warnings issued in the midlands, and 97 flood warnings still in place across the country, while the Met Office has forecast strong winds and a minor risk of coastal flooding in the south west.