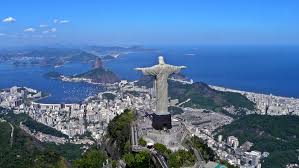 Few cities know what they’re really signing up for when they bid for the Olympics, but with the 2016 games in Rio de Janeiro rapidly approaching, these may be the worst for environmental issues since concerns about Beijing’s air quality in 2008. The issue currently facing the Rio Summer Olympic organizers is that of water pollution, and that it may be too dangerous for both visitors and athletes.

Brazil has long been known as one of the worst countries in the world when it comes to clean water, air, and sustainability. When they made their bid for the Summer Games, they promised to solve the water pollution issue by treating 80 percent of the sewage permeation by 2016. This came alongside a myriad of other goals to make the home of the Summer Olympics one of sustainability and safety. However, very few of those goals have been met, and the rest of the world is concerned.

A recent report from ESPN stated:

“Water improvement plans that were projected to take place by the host organizers will not happen for the largest part…These [water] processing facilities were not built and will not be built in the immediate future to impact water quality at the Games.”

“The IOC and Rio Organizing Committee recognize that the water quality in and around Rio is for the most part not at an acceptable level and there [are] significant fluctuations in the bacterial and viral contaminants at the competition venues. The levels of pathogens will fluctuate depending upon environmental impacts and especially with significant rains. The IOC is tracking the weather impact using historical data. Additionally the IOC and Rio organizers are studying the current flows in and around the competition venues.”

The hope now is that these committees can at least improve the water quality around the venues. Otherwise, they’ll be trucking in millions of gallons of water for both consumption and sport.

The current environmental status of the country has more than a few organizations and athletes worried. Most sports organizations have a strong background in environmentally friendly operations, including tennis, which is known for advocating sustainability around the world. These sports are the polar opposite of what we’re seeing in Brazil, and there’s a chance the entire operation could be shut down.

In addition to water contamination, another issue is the current Zika virus scare, which could have millions of spectators, coaches, and athletes questioning their visits. Zika has been linked to microcephaly, a condition that affects the fetus of pregnant women, and results in the baby having an abnormally small head.

Unfinished venues surrounding Rio’s Olympic Park are also a major issue challenging the Games. The track and field, swimming, cycling, and international media center are all incomplete as of now, and there are less than five months until the opening ceremony in August.

Brazil made strong promises when they made their bid for the Summer Olympics in 2009, but since then, very few promises have been kept. The promise for a sustainable Olympic Center has come to pass, but at the cost of thousands of resident homes, and pollution in the surrounding areas from the construction efforts.

Several athletes have expressed a disinterest in competing in a place where they could not only get sick, but where sustainability and economy has taken a major backseat to other endeavors. If the city can’t get their issues resolved by the opening ceremonies, the Olympic Committee may need to look into an arena that can meet the water, air, and public health needs required for such a major event.