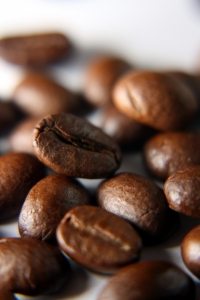 A coffee co-operative in the formerly war-torn country of Rwanda is celebrating a fruitful 15 year partnership with Union Hand-Roasted Coffee, based in East London. Since the Abahuzamugambi Ba Kawa Co-operative started working with Union in 2002, it has enjoyed an almost five-fold increase in green (exportable) coffee.

As a result of this relationship, the Abahuzamugambi Ba Kawa Co-operative, based in Southern Rwanda region of Huye, (formally called Maraba), has produced an astounding 900,000 kilograms of speciality coffee. In the past year alone, thanks to the accumulative effects of investment, training and support from the London coffee business, the cooperative increased production of green coffee by over 150%. Around a third of the coffee produced by the Abahuzamugambi Ba Kawa Co-operative is enjoyed in the UK, after being hand-roasted by Union.

After Rwanda’s devastating civil war, despite coffee being one of the country’s primary natural resources, it was often of poor quality, with producers receiving paltry and inconsistent payment. This made planning for the future and achieving sustainable development extremely difficult for producers.

Since 2002, a directed programme to produce high-quality specialty coffee has helped to revolutionise the fortunes of the Maraba region and today, speciality coffee accounts for 60% of the Rwanda’s foreign exchange earnings.

The success of coffee co-operatives like Abahuzamugambi Ba Kawa has led to nationwide job creation and increasing numbers of inhabitants with access to healthcare, education and clean water supply.

With the assistance and support of Union Hand-Roasted Coffee sourcing initiative Union Direct Trade, the Abahuzamugambi Ba Kawa Co-operative has increased coffee quality year-on-year through a continuous series of operational improvements. These include all-important construction of coffee washing stations and a centralised post-harvest processing facility where farmers deliver their fresh picked coffee. This has been accompanied by increased training on the interventions needed to produce high quality coffee.

The success of the booming industry has been the primary driver of social cohesion and mobility across the country, reducing unemployment levels and bringing  communities from different ethnicities  to work together as Rwandans to perpetuate the success of the specialty coffee trade.

Theophile Biziyaremye, General Manager of the Abahuzamugambi Ba Kawa Co-operative says: “Before the co-operative, farmers processed their coffee at home but this meant the quality was low – partly because they never actually got to taste the coffee they were producing. They were also not paid very much. Now we are producing a much higher quality each year which means farmers get paid higher prices, helping them to build for the future.”

With the world facing a potential coffee shortage in the next three to five years, sustainable development in coffee production has never been a more vital issue. Each year, 1.7bn cups of coffee are sold in the UK, and this number is rising fast. If coffee farmers are not paid a sustainable price for their crops, there is little incentive to produce high quality coffee and if this dynamic continues the potential coffee shortage could be severe.

Union Hand-Roasted Coffee believes that sustainable development is the only way to mitigate this risk. That’s why Union Direct Trade was created – the coffee sourcing initiative that significantly improves the livelihoods of farmers, through the production of high-quality coffee. Union Direct Trade is about building long-term relationships with small-scale farmers. This not only includes paying at least 25% over the International Fairtrade minimum price, but offering continued support and guidance as well – not to mention a direct route to a speciality coffee market with a trusted partner.

Union Co-founder Steven Macatonia says: “We work with farmers in 12 different countries all over the world and see the benefits of this approach each and every day, but nowhere more so than in Rwanda. 20 years ago, Rwanda was simply known for commodity quality coffee, but is now producing coffee in the top 2% quality-wise in the world. Co-operatives such as Abahuzamugambi Ba Kawa and others we work with such as Cocagi, are driving economic development in a country that was absolutely devastated merely two decades ago. As a result of this coffee innovation, Rwanda is prospering once again.”

Theophile adds: “Our close relationship with Union Hand-Roasted is hugely appreciated. Not only have they helped us to increase the quality and quantity of our coffee, but we’ve worked with them to increase production. By giving us pre-finance, knowledge, support and access to the UK market over such a long period of time, working with Union allows us to enjoy life today and build for tomorrow.”

Facts about coffee production in Rwanda