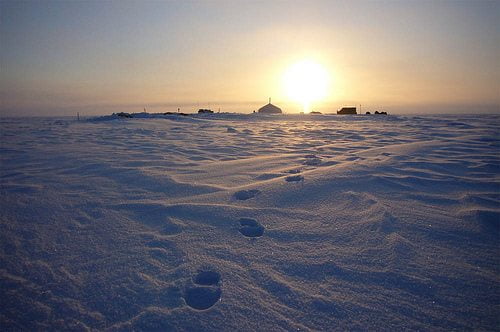 New satellite images have revealed that the Austfonna ice cap, in the Norwegian Svalbard archipelago, has seen its ice flow accelerate over the past few years, despite having been relatively stable for at least two decades.

Scientists have observed the movement of the ice cap thanks to a new radar spacecraft developed in the European Union called Sentinel-1a. They presented the results of their research in Brussels.

The Austfonna, which covers over 8,000 sq km, has remained stable over the years but has started to speed up, despite scientists being worried about the possibility that it could be losing ice. It is the largest ice masses in the area and, as with all ice caps, it is particularly sensitive to climatic variations.

Prof Andy Shepherd from Leeds University said, “We’ve observed Austfonna with various satellite radar datasets over the past 20 years, and it hasn’t done very much.

“But we’ve now looked at it again with the new Sentienl-1a spacecraft, and it’s clear it has speeded up quite considerably in the last two or three years. It is now flowing at least 10 times faster than previously measured.

“Although ice caps and glaciers contain less than 1% of the world’s ice, they contribute around 50% of the sea-level rise due to ice melting”.

The team is preparing a separate study looking into the causes of the new trend, which will be published later on.

In other news, scientists in Antarctica’s Aurora Basin have recovered ice samples, which it is hoped could provide some answers to an existing gap on knowledge of temperatures over the last 2,000 years.

Researchers hope that the data can give information on how human activity and the massive use of fossil fuels have affected the natural climate change.