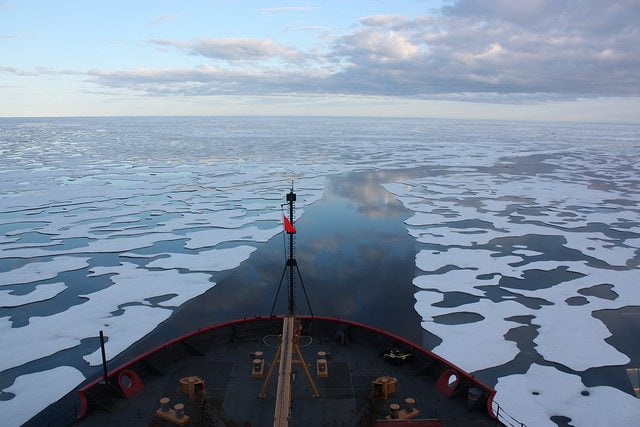 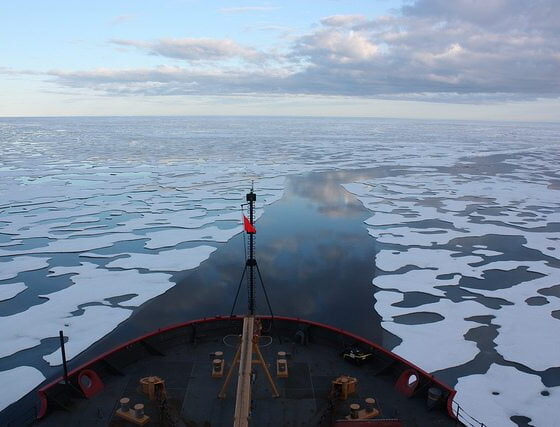 An international team of scientists have attached sensors to Arctic sea ice to measure this year’s summer melt in a massive, unprecedented experiment.

The study will focus on the so-called ‘marginal ice zone’ north of Alaska and Canada, the region that lies between the solid Arctic ice and the open water out to sea.

Scientists will use the sensors, placed both above and below the ice, to investigate the various impacts that open water can have on sea ice.

Open water can, for example, expose ice to the wind and waves, which could bring warmer, deeper water up into contact with the ice, or batter the ice into smaller chunks.

“As there is more and more open water in the summer, the processes that control the evolution of the sea ice are changing,” explained Luc Rainville, an oceanographer at the University of Washington.

Principal investigator Craig Lee, also of the University of Washington, added, “This has never been done at this level, over such a large area and for such a long period of time.”

In March, when the ice thick was thicker, researchers installed sensors on the marginal zone in a line that stretches almost 200 miles. As the ice recedes, the southernmost instruments on its edge will melt out into the sea, with sensors further north taking their place.

The ice edge is expected to recede just enough to expose the first open water along Alaska’s north coast by the end of July. The team will then also use robotic gliders to take further measurements.

“It’s the automation and unprecedented collaboration that allows us to be out there for the entire season,” Lee said.

“You couldn’t afford to be out there at this intensity, for this length of time, any other way.”

Despite a slight recovery in 2013, Arctic sea ice reached a record low in 2012. Scientists have little doubt that climate change caused by manmade greenhouse gas emissions is driving the ice’s disappearance.

One study has suggested that the Arctic could even become ice-free by 2054, a scenario that would cause devastating sea level rise around the world.