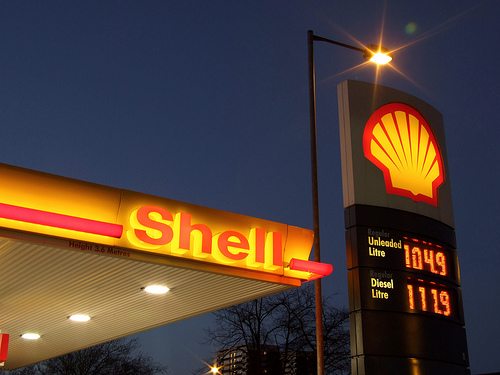 Royal Dutch Shell has announced a “reinforcement” of its priorities at a management day in London. But campaigners have urged the oil giant to rethink its intentions to drill in the Arctic and continue its operations in Nigeria, which they say pose a risk to investors.

Shell chief executive Ben van Beurden admitted on Thursday that 2013 had been a difficult year for the company.

“In 2014, we will strive to build on our track record of delivering new projects. And we will continue to use a clear set of strategic themes to guide decisions about investment and technology,” he said.

“With sharper accountability in the company, this approach will target growth investment more effectively, focus on areas of the business where performance improvement is most required, and drive asset sales from non-strategic positions.”

Its poor performance, which was blamed partly on the “deteriorating operating environment” in Nigeria, saw the firm suspend its controversial plans for oil exploitation in the Arctic region.

Its efforts were also challenged by a US court decision that ruled that the company’s offshore oil leases in the Chukchi Sea were wrongly awarded.

Since 2005, the company has spent around $4.5 billion (£2.7 billion) exploring for oil of the Alaskan coast, but is yet to drill a single well.

A recent UN Environment Programme report called for the allocation of $1 billion to a fund for environmental restoration in the region.

“The profit warning identified the situation in the Delta as one of Shell’s key challenges, by spending a small portion of the 2013 profits and showing real commitment the company could turn things around in Nigeria”, Shoraka continued.

James Marriott, an oil and finance campaigner at Platform, added that Shell’s troubles should also mean it stays out of the Arctic.

“As with action on the clean-up in Ogoniland, this would also dramatically reduce the company’s current and threatened social and ecological impacts in […] Alaska”, he said.

“We urge van Beurden to cease Shell’s plans to drill in the Chukchi and Beaufort Seas, and to mirror it’s halting of work on the Pierre River tar sands mine with a halt on other projects in the Albertan province.”