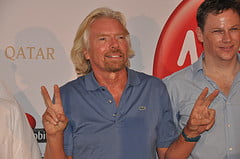 A high-profile coalition of renewable energy campaigners has written a letter to David Cameron, asking for clarity over the Government’s stance on land-based clean power.

The alliance, which includes Sir Richard Branson, Juliet Davenport and Ben Goldsmith, along with a plethora of prominent investors, economists, scientists and MPs, says that the UK needs to make more use of its massive renewables potential.

A high-profile coalition of renewable energy campaigners has written a letter to David Cameron, asking for clarity over the Government’s stance on land-based clean power.

The alliance, which includes Sir Richard Branson, Juliet Davenport and Ben Goldsmith, along with a plethora of prominent investors, economists, scientists and MPs, says that the UK needs to make more use of its massive renewables potential.

It responds to another letter to the prime minister written by 101 MPs in disagreement with wind power.

“In wind alone, the UK has more than 40% of Europe’s renewable energy resources – enough to power up our economy 3 to 4 times over, generate exports, and provide the tools for communities and entrepreneurs to do their job”, reads the letter, which has been republished in The Guardian.

The group claims that coming to a consensus on renewables benefits both the planet and the economy.

“Bringing energy supply and demand together, a decentralised energy market can make real efficiencies in costs associated with our antiquated infrastructure and transmission loss, deliver savings for tax payers and provide frustrated investors with new opportunities.

“In the on-going review of renewable energy support, we ask that the Government recognises the importance of simple and accessible Feed-in Tariff policies, to guarantee the broadest possible ownership of the UK’s next generation of energy infrastructure.”

Branson et al. also noted the success of the German feed-in tariff scheme, which has helped propel the country to the top of the world leader board in renewable energy.

Localised or community-owned clean energy production was highlighted as a necessary step towards harnessing the country’s natural resources.

The group’s letter finishes, “We urge you to ensure that planning inspectors know that the future of the low carbon economy is at stake and our collective needs, both local and national, must be taken into account.”

The prime minister has publicly backed wind power before, particularly in response to the letter he received from the coalition of backbenchers who noted their opposition.

We at BG&T certainly hope that he maintains his strong stance and goes one step further by responding to the new letter’s recommendations. In the meantime, if you feel as passionate about a renewable future as Sir Richard Branson, you could do far worse than switching to 100% renewable energy for your home or business. Good Energy is currently the only power company in the UK who can help you achieve that goal.

Its founder and chief executive, Juliet Davenport issued a compelling instruction to the government, ahead of Wednesday’s annual Budget statement.

“David Cameron and George Osborne have to use this year’s budget to stand up and speak out in support of renewables in the UK”, she said.

“It’s essential they back DECC’s (Department of Energy and Climate Change) efforts to attract the huge amount of investment we need today to deliver the secure, stable and sustainable energy market of tomorrow.”