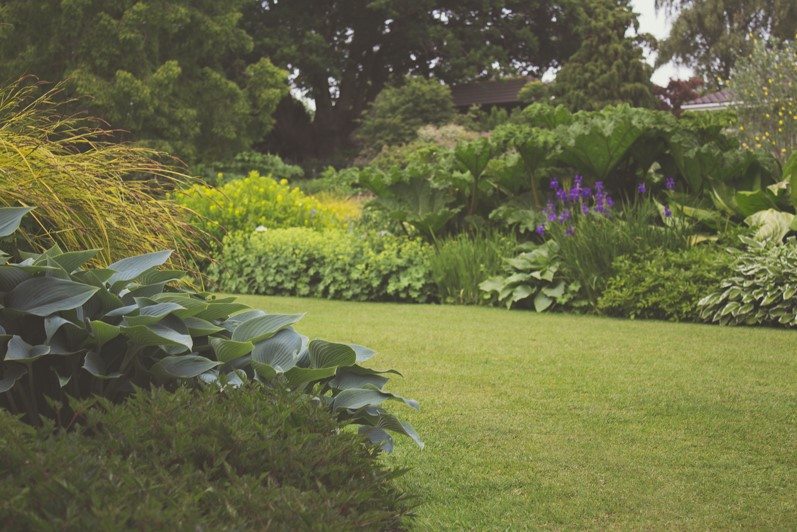 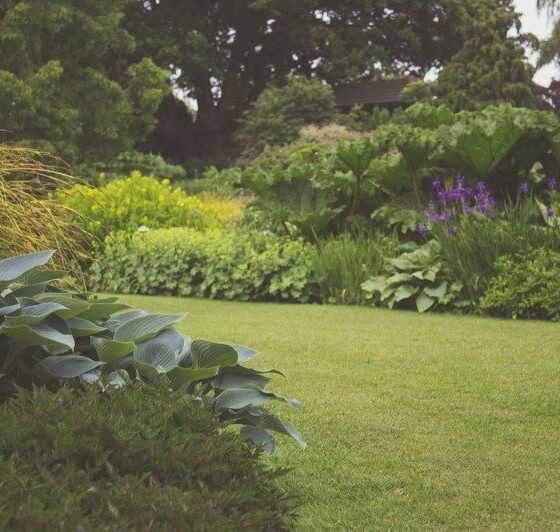 What do you do when your garden gets, well, enormous? You could do what my friend Robin Jeffries did, which was to buy his neighbour’s house, which he did just so he could till and garden in their backyard, as well as his own. He was kind of a gardening nut back then and he still is.

Of course, the most common complaint for folks whose gardens have grown beyond their means is the simple notion of wishing they had planned things better. With some graph paper, a stub of a pencil and a tiller, gardners know that nothing short of a shade tree is permanent in a garden. And even the shade tree can go if it must.

Step one, then, for gardeners is to plan very thoroughly if you know your garden is destined to grow to becoming a major concern.

I say “major concern,” because a large garden isn’t always dictated by size. Mr. Jeffries, mentioned above, lived in a downtown lot with small houses and fairly small yards – 1,000 square feet or so. He had dozens of small niches in his gardens, whereas I had eight perennial beds at the time and my mistake was that each of them was enormous – a row of irises, for example, that stretched for 40 yards or so.

Still, every garden defined as large shares similar problems, which is that there is too much to do for the time you have to do it in. With that in mind, here are some thoughts:

The first step is to design and plan your garden(s). This does not always mean plot every border bed on paper, but at least have a concept that you like. A very simple concept, for example, is a path. Layout the path and the garden spaces will naturally fall into place. Or you might want to fill a space from the height of a crabapple tree down to the ground with a colourful landscape. Simple designs are all most gardeners need.

Design with equipment in mind

Novices designing a garden tend to quickly sketch in the plants they love and the colours they are hoping to raise. But old veterans also design gardens around the equipment they own. This will save tons of time down the road.

If you are the type that will buy John Deere riding mowers, then plan your pathways to fit the width of the mower’s swath with extra space to account for the flying shards of grass the mower spits out. With that in mind, in tight spots, leave some room for a grass-catcher, so the sharp wind coming from the mower does not mangle some of your delicate plants and so the cut grass isn’t spewed into your garden bed.

The same consideration goes for tillers and cultivators. If you plant in straight rows, it makes it easier for a cultivator to run though the beds. Provide some space for weed-whackers, too. Otherwise, if you plant too close to the yard, you might accidentally whack away at your precious perennials.

Remember, native varieties are considered exotic as soon as you move them somewhere else. But the pleasure in using native plants for your garden is they take that much less care than trying to nurture non-native plants.

Your local habitat should have just the right conditions much of the time for native species. That means less watering, less time covering plants for a harsh winter and less time working the soil until it matches that plant’s needs.

The truth is that weeding is often the No. 1 reason gardens fail. The weeding is so time consuming and the constant, repetitive work so tedious or tiring, that many people give up on their small gardens, let alone a large one.

One of my favourite gardeners covers her annual beds in about six inches of sawdust every year. Of course, this wrecks havoc on the soil’s PH. So, every fall, she tills in the sawdust with a healthy heaping of manure and lime. This re-balances her soil. The next spring, she is left with thick beds of pure loam and how much weeding does she do? Almost none.

Perennial beds can also handle tons of mulch, which also traps water, so it cuts down on watering time. For perennials, however, use mulch that doesn’t break down as quickly as sawdust, such as wood chips or bark.

Remember, your enemy when it comes to large gardens is not only rabbits and insects; it’s time.

Any time saver can help you maintain a large garden and give you a few moments to actually enjoy it once in a while. With that in mind, disease resistant strains can save you valuable time (and money) you might spend replacing them or applying poisons to rid yourself of some gnarly predators.

Organic solutions also save time. Planting marigolds, for example, not only gives you an enjoyable, insect-resistant flower, but it can form a protective wall that discourages insects from invading neighbouring species.