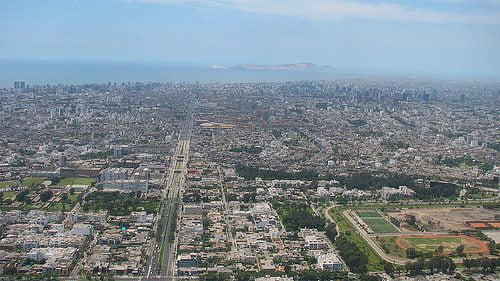 I still have in my head the notion that sustainability means green, green means countryside, and countryside means something nostalgic – a remote unreality for most of us, other than at weekends when we might consider a break from the urban or suburban areas in which we live. Technology on the other hand means modern, urban, industrial, grey and future focused. Never shall these different hues meet.

However, it is becoming increasingly apparent that technology and sustainability can not only co-exist, but in the future, the former will enable the latter. This is the age of the smart city.

Smart cities are cities that respond to the needs and uses of the people and places within their environs in the most effective and efficient way – using technology. Technology and computing have been huge enablers in so many areas of life, but have perhaps not been effectively employed when it comes to urban and social planning.

Across the world, projects are underway to use technology to more efficiently understand cities and manage them. That will typically involve sensors that gather data about the situation of a particular space or resource (be that air temperature, frequency of use or density patterns). That data is then analysed and resources directed accordingly.

Perhaps initially driven by the potential cost savings (Inigo de la Serna, mayor of Santander, a test-bed for the smart city financed by a $11.1m grant from the EU, estimates potential cost savings of 30-40% by reducing the power directed to street lighting) it is evident that there can be huge benefits to be had for the environment, and the residents. By merging with urban planning and ecology, information technology has the power to transform lives, balancing people and the planet.

For example,  many people living in Peru’s capital Lima (pictured) do not have access to clean water. Engineers at the local University of Engineering and Technology installed a humidity collector and water purifier into the top of one advertising structure in the village of Bujama, which can produce 96 litres of clean drinking water a day for local residents, flowing down a pipe to a tap at the building’s base.

In Abidjan, Ivory Coast, a project by IBM used information gathered by monitoring road use and congestion from the city’s bus network, to accordingly redesign the city bus routes to be more energy efficient and reduce the journey times by an average of 10%.

It’s not about adding an additional layer of complication, but using technology in conjunction with the natural and social ecosystem to allow all to thrive: optimising the existing infrastructure in ways which allow for growth whilst balancing or even reducing the costs to the world’s resources.

Rules are not being imposed, but approaches developed in response to the city and its inhabitants. Taking a more pragmatic approach to the way in which citizens live and work and efficiently and effectively enhancing their lives, using the technology and data in which we are abundant, whilst monitoring our usage of precious resources is simply the smart thing to.