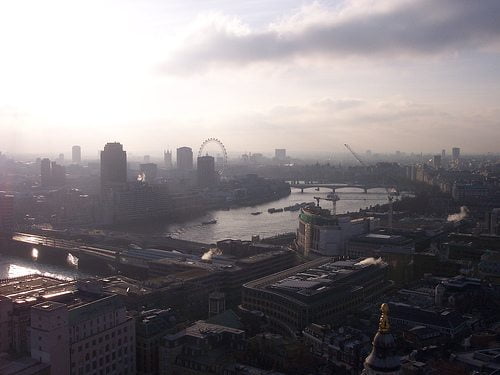 The high levels of pollution have subsided across many parts of the UK, after the most vulnerable were told to stay indoors and avoid heavy exercise for the best part of a week.

Concerns were raised on Tuesday after a combination of events including wind, warming temperatures, dust from a Saharan sandstorm and transport emissions triggered extremely high levels of air pollution. Cleaner air from the Atlantic has forced the smog to subside.

The event led to a 14% rise in 999 calls made to the London Ambulance Service, which it said was mainly due to people suffering from respiratory problems.

David Cameron this week called the event a “natural occurring weather phenomenon”, which led to criticism from other across the political spectrum, including MPs, local politicians and the European commission, which claims he has failed to deal with the high air pollution levels across London.

Environmental lawyer Alan Andrews told the Guardian that although the smog has gone, there is still a lot to do to tackle air pollution.

He said, “The smog might have lifted, but the problem hasn’t gone away. We’re still left with illegal levels of traffic fumes in towns and cities throughout the country and a government that refuses to admit that there is a problem.”

In October, air pollution levels in the capital were said to be “dangerously high” after a survey found that levels were 50% higher than other European cities.

Authorities in other cities are taking the problems very seriously, with Paris recently ordering half the cars in the city off of the road. Residents were offered the use of public transport for free.

An advisor to the mayor of London Boris Johnson this month said however that authorities in the capital would not implement similar measures.