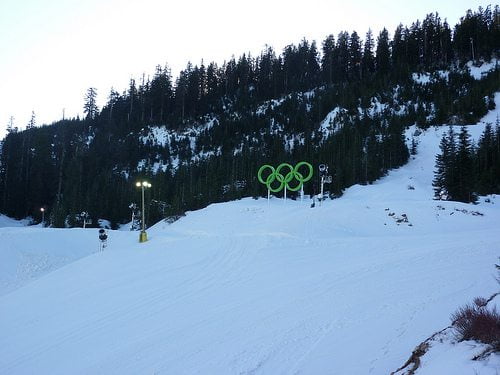 More than 100 Winter Olympians have signed a statement demanding progress on measures to tackle climate change, saying, “We can’t risk inaction any longer.”

In an open letter, US skier Andrew Newell says that for those who live in areas usually covered by snow, there is a “heightened awareness of climate change”. As a result, residents in those regions have adapted their lifestyles to be “respectful of the health of the environment”.

The letter has so far received more than 100 signatures from across the sports world, including that of British skier Sarah Ainsworth.

“My home in Southern Vermont, like many low altitude areas, potentially has the bleakest future when it comes to snow. The image of a two-year-old boy experiencing his first backyard ski at Christmas, just like I once did, is becoming more and more rare”.

The letter says world leaders have attempted to negotiate emission reduction targets, but so far have “nothing to show for it”. It urges them to use talks in Paris, due to take place in 2015, to ensure “meaningful steps” are made in tackling climate change.

Despite only being less than a week in, the 2014 event in Sochi, Russia, is already the most successful Winter Olympics ever for Team GB. Snowboarder Jenny Jones made history with her bronze medal – the first time a Briton has finished on the podium in a snow event.