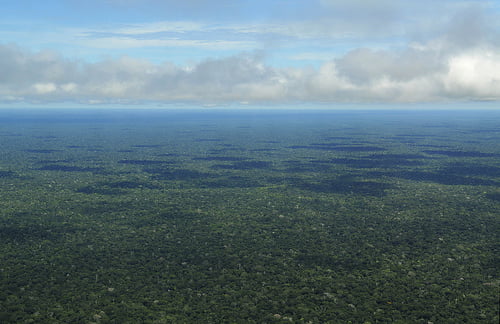 Deforestation in the Amazon rainforest has continued to increase, accelerating by 88% in 2012 according to satellite analysis.

However, SAD, which is operational in Google Earth, also detected a decline in forest degradation by almost a quarter.

If deforestation continues to rise, by the end of this year, Brazil will fail in limiting forest clearing to 8,000 sq km – a target set for 2013 to conserve the 5.4m sq km that was left of the Amazon in 2012.

A recent study by NASA suggested that rapid degradation of the Amazon rainforest in 2005 could be attributed to climate change.

Mongabay’s satellite analysis follows research by scientists that links rainforests to the productivity of hydroelectricity generation. The study warned that if deforestation continues, the amount of energy produced by Belo Monte – one of the world’s biggest dams – could be reduced by over a third.