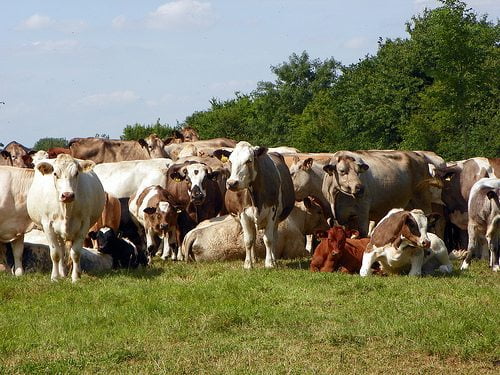 A new study by the University of Cambridge has identified new ways in which livestock could be managed and maintained in order to become more sustainable.

The study found that silvopastoral systems, which includes shrubs, fruits, herbage and trees with edible leaves, have a less damaging impact on the environment and have proved a healthier alternative for livestock.

At a time when consumers are demanding more ethical and sustainable methods of farming, the research team believes that their findings could be crucial in the future of livestock farming.

Donald Broom, professor of animal welfare at Cambridge, said, “Consumers are now demanding more sustainable and ethically sourced food, including production without negative impacts on animal welfare, the environment and the livelihood of poor producers. Silvopastoral systems address all of these concerns with the added benefit of increased production in the long term.”

Many UK farmers currently source food for livestock from pastures that have been cleared, meaning that trees and shrubs have been removed. There are high maintenance demands in these cases, including transport to and from the pastures, and the high use of agricultural chemicals. According to the Cambridge study, silvopastoral farming minimises these problems.

The research also shows that there has been a proven increase in milk production in livestock whose feed is sourced from silvopastoral systems.

The Cambridge study comes alongside a report by the UN Food and Agriculture Organisation (FAO), which suggested livestock production was a major contributing factor to greenhouse gas emissions, with 45% of the total created by feed production and processing. The report called on the industry to do more to tackle the problems, which it says are “within its reach”.

Duncan Williamson from WWF welcomed the FAO report, saying, “We also have to remember that livestock’s impact is about more than greenhouse gas emissions. Around 30 % of global biodiversity loss can be attributed to livestock production, such as the spread of pasture land or turning over forests and savannahs, like the Amazon and Cerrado in Brazil, to feed production. This needs to be halted as soon as possible.”

He also called on governments and industry to seize the opportunity to create a more sustainable livestock sector.

Similar silvppastoral systems to the one lauded in the Cambridge study have already proved successful in a number of countries around the world, including Columbia and Australia.