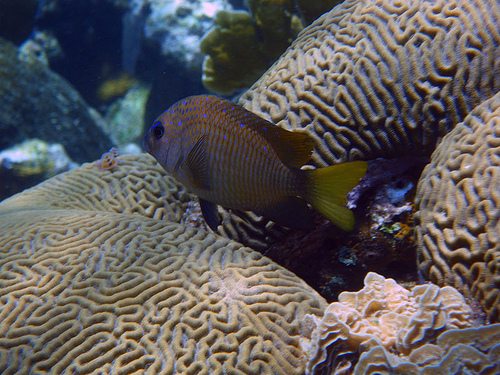 A dedicated survey of marine ecosystems is set to show the extent of coral reef loss in the Caribbean – fuelled by pollution, human activity and climate variations.

According to scientists from the Caitlin Seaview survey, who are investigating the extent of reefs loss in the Caribbean and Bermuda, “Coral reefs can be thought of as ‘the canary in the coal mine’; we know that a coral reef that is showing signs of stress can be an indicator of a much larger problem in our seas.”

The team has completed the survey in Belize and will now move to analyse waters in Bermuda, Anguilla, St Vincent, Guadeloupe, Turks and Caicos and the Bahamas.

The World Resources Institute reported that up to 80% of coral coverage in the Caribbean had been lost over the past 50 years, due to overfishing, pollution and extreme weather like hurricanes, which have damaged the fragile ecosystems.

However, the first exploration in Belize showed signs of recovery compared to 2009, when 75% of corals had declined.

Marine biologist Manuel Gonzales Rivero, who dived in Glover’s Reef in Belize, said, “I expected to see the reef in a further state of decline. However, the health of the reef appears to have plateaued and the coral, which was almost lost in this area, has made a surprising re-emergence.”

In July, the US Navy unintentionally dropped four unarmed bombs into the Great Barrier Reef in Australia during a training exercise, but it was said that the incident was likely to pose a “low risk” to the ecosystem.